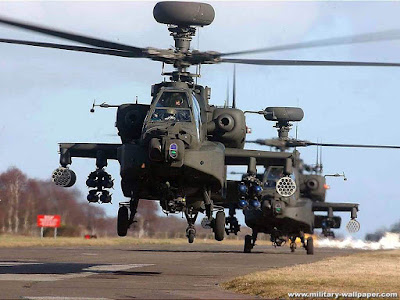 An Apache helicopter gunship has reportedly laid waste to a small boat packed with Somali refugees off the coast of Yemen. The U.N. Refugee Agency, UNHCR, reports that 42 of the 140 Somali migrants aboard the boat were killed.

The boat, filled with refugees attempting to flee war-torn Yemen including women and children, had made it about 30 miles offshore when a helicopter swooped in and opened fire. A local coast guard official from the Houthi-rebel controlled coast of Yemen told Reuters an Apache helicopter attacked the boat, though it remains unclear who is responsible for the attack.

Saudi Arabia, which leads an Arab air campaign against the Iran-backed Houthi rebels, owns U.S.-made Apache helicopters. A spokesperson for the Saudi-led coalition said the coalition didn’t operate in the region of the attack Thursday.

All of the dead were reportedly carrying U.N. refugee identity papers.
Posted by The Mound of Sound at 4:33 PM

Come ,come now.
The Saudi's cannot be responsible; they are client states of the USA and UK.
The Saudi's are not aggressors ( other than 9-11) no, no.
It's amazing( or not) how much carnage the Anglophile countries arms industries will put up with for profit!!


We're part of that Saudi support group, TB. That's what that $15 billion deal for armoured death wagons was all about. I'll see your Mark Thatcher and raise you one Justin Trudeau.