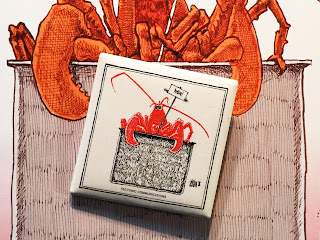 An article in The Guardian this morning about Trump voters who are coming to realize they were had. Like Jacques Parizeau's lobsters, today they find themselves in a hot pot with no way out. Hard to be sympathetic. They chose to suspend disbelief and put their faith in the most pathological liar in the history of American politics.

Trump promised them a new healthcare deal - universal coverage, lower premiums, better health services. Instead Trump is pimping a big tax cut for the richest of the rich wrapped in the mantle of reformed health care that will see 24-million Americans lose their coverage entirely.

That's Trump's unmentioned policy, the real one that reads, "you play ball with me and I'll stick the bat straight up your ass." Oh you silly Gullibillies.

Reminds me of an Ottawa politician I knew many years ago. Back then he was the reeve of Gloucester township, "Doc" McQuarrie. One day Doc took me aside and said that the art of politics was in understanding the difference between scratching your ass and tearing it all apart.  Trump pretty plainly doesn't understand that.

So far Trump hasn't gotten around to droit de seigneur or jus primae noctis, the right of the lord to shag brides on their wedding night but that's probably just oversight. If it was good enough for Mobuto Sese Seko, it should be fitting for a sexual goat like Trump.

As Trump's degeneracy ramps up it will be interesting to keep an eye on some early players such as Britain's cadaverous prime minister, Theresa May, who jumped the gun to fly to Washington to give Trump a lap dance in the White House champagne room before inviting him back to London for a stay with the Queen. Now that he's smeared her intelligence centre, GCHQ, accusing the Brits of spying on Trump and the Trumpettes at the behest of Obama, P.M. Terry, the Right Honourable member for Maidenhead, on whose watch this must have happened has surely got her knickers in a bunch. Oh dear, this is one of those blunders that could cost her, especially when Angela gave Trump a couple of smacks upside the head on her visit yesterday.

This is a story that still has no conclusion. Trump's just getting started, not even two full months under his belt at this point. Something has to give. Something is going to break. But there's no guarantee that America won't be left like Humpty Dumpty.