Wilders Fended Off (for now) But the Real Winner Is 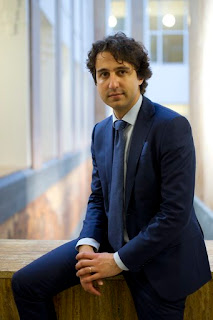 Radical right wing populist Geert Wilder's PVV party failed to achieve the breakthrough win that many had feared. Yet, as he says, the genie is out of the bottle and he hopes they'll fare better in future elections.

Mark Rutte's liberal VVD party held on and now proceeds with the usual Dutch grind of forming a coalition.

While Dutch voters plugging the dyke to hold back radical, anti-Muslim populism is the big story, the big winner in yesterday's elections was the GreenLeft party that went from just 4 seats to 14. It's believed the GreenLeft, led by second runner-up in the Justin Trudeau lookalike contest, Jesse Klaver,  may now hold the balance of power in Rutte's coalition government.

Is Trump Helping European Voters to Come to Their Senses?

According to the Sydney Morning Herald, two months of Donald Trump in the White House may have dampened European enthusiasm for right wing populism.

"Trump's election victory was frenetically celebrated by Europe's radical right. Wilders himself tried to adapt the slogan 'Make America great again' for the Netherlands," said Alexander Haeusler, an analyst of the far-right at University of Applied Sciences in Dusseldorf. But the Dutch results, he said, showed how "walking in Trump's footsteps can potentially backfire."

It would be wrong, however, to dismiss the chances of major far right victories to come.

In France, Le Pen is still leading the pack ahead of the first round of voting on April 23. But polls have shown a narrowing in recent weeks between Le Pen and with her closest rival, the independent Macron. And even if she comes out on top at first, virtually all polls - although perhaps not as reliable as they once were in the light of Trump's win and vote in favour of Brexit - still show her being easily crushed in a second and decisive round on May 7.

In Germany, meanwhile, the once-surging Alternative for Germany (AfD) party has also stumbled in recent weeks. That may in part be a reflection on Trump - who polls show is as deeply unpopular in Germany as he is in France. But it also reflects a scandal involving a leading AfD politician who seemed to defend Adolf Hitler and stood accused of downplaying the Holocaust. One recent poll showed the AfD slipping to only eight percent support - its lowest level in 14 months.

Should such trends continue, it would reduce the party's chances of even playing a spoiler role in September's national elections.

Thanks, Donald. You had to be good for something.

Well, ya know, Mussolini dampened enthusiasm for fascisism for a few decades. Nothing like a horrible example to smarten people up.

I have your point, Rumley.