No, Donald, There Is No Santa Claus or Wiretaps For That Matter. 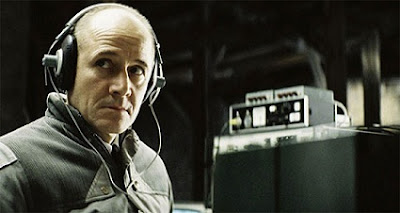 Donald Trump loves his Android smartphone, his late night portal to the Twittersphere. Then that orange moron worries about being wiretapped. He's been warned about the security risk that poses but he's still using his Samsung Galaxy.

Besides, as this Guardian article reveals, nobody wiretaps any more. That's so 1960s - just like Donald J. Trump.

The past two decades have been a golden age for the security services, courtesy of the digital revolution. There would have been no need to break into Trump Tower. The security agencies can access electronic devices across the planet with ease. They can listen in to a target’s mobile, even if it is switched off. If the target is paranoid and stuffs the mobile into a microwave or fridge freezer to render it inert, the security services can pick up the target’s conversations by switching to the mobiles of others in the vicinity.

When it comes to intercepting Trump's or his aides' communications, America's intelligence agencies would need FISA warrants. Putin's intelligence operatives can operate unhindered.
Posted by The Mound of Sound at 10:43 AM

I hear The Donald likes to smash his old smartphones with a hammer. Something about destroying evidence...

Even security agencies must abide by the laws of physics.
"They can access just about anyone’s computer or laptop, again even those that are turned off"
Not really, unless the device is surreptitiously switched on. ANY device which is unpowered (and does not have passive RF ID chip)is as valuable to said agencies as a brick...
A..non

Today these snakehead demonic entities are many times more powerful and dangerous; they are like wrecking balls taken to geopolitical and geoeconomic stability. What's worse is that they are devoid of any kind of human thought processes governing them; just the greed motivator.

The people have to take care of this place. Our betters are crass entitled leeches who keep sucking more and more wealth out of the economy until they cause it to collapse and civilization along with it into world war.

Democracy is the best of all worse alternatives... That includes the twice-failed Robber Baron aristocracy.