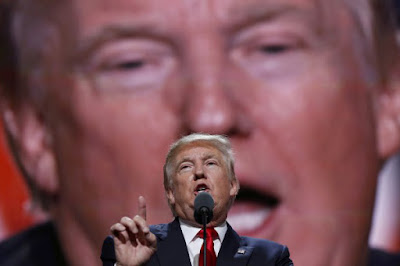 Henry Giroux looks beyond the callous brutality of the Republican's American Health Care Act to the larger culture of cruelty being inflicted on America's most vulnerable by Trump and his Congressional accomplices.

For the last 40 years, the United States has pursued a ruthless form of neoliberalism that has stripped economic activity from ethical considerations and social costs.  ...Under the Trump administration, the repressive state and market apparatuses that produced a culture of cruelty in the 19th century have returned with a vengeance, producing new levels of harsh aggression and extreme violence in US society. A culture of cruelty has become the mood of our times—a spectral lack of compassion that hovers over the ruins of democracy.

...The culture of cruelty has a long tradition in this country, mostly inhabiting a ghostly presence that is often denied or downplayed in historical accounts. What is new since the 1980s—and especially evident under Donald Trump’s presidency—is that the culture of cruelty has taken on a sharper edge as it has moved to the center of political power, adopting an unapologetic embrace of nativism, xenophobia and white nationalist ideology, as well as an in-your-face form of racist demagoguery. Evidence of such cruelty has long been visible in earlier calls by Republicans to force poor children who get free school lunches to work for their meals. Such policies are particularly cruel at a time when nearly “half of all children live near close to the poverty line.” Other instances include moving people from welfare to workfare without offering training programs or child care, and the cutting of children’s food stamp benefits for 16 million children in 2014. Another recent example of this culture of cruelty was Rep. Steve King (R-Iowa) tweeting his support for Geert Wilders, a notorious white supremacist and Islamophobic Dutch politician.

The culture of cruelty has become a primary register of the loss of democracy in the United States. The disintegration of democratic commitments offers a perverse index of a country governed by the rich, big corporations and rapacious banks through a consolidating regime of punishment. It also reinforces the workings of a corporate-driven culture whose airwaves are filled with hate, endless spectacles of violence and an ongoing media assault on young people, the poor, Muslims and undocumented immigrants. Vast numbers of individuals are now considered disposable and are relegated to zones of social and moral abandonment.

Trump’s 2017 budgetary proposals, many of which were drafted by the hyperconservative Heritage Foundation, will create a degree of imposed hardship and misery that defies any sense of human decency and moral responsibility.

Public policy analyst Robert Reich argues that “the theme that unites all of Trump’s [budget] initiatives so far is their unnecessary cruelty.” Reich writes:

"His new budget comes down especially hard on the poor—imposing unprecedented cuts in low-income housing, job training, food assistance, legal services, help to distressed rural communities, nutrition for new mothers and their infants, funds to keep poor families warm, even “meals on wheels.” These cuts come at a time when more American families are in poverty than ever before, including 1 in 5 children. Why is Trump doing this? To pay for the biggest hike in military spending since the 1980s. Yet the U.S. already spends more on its military than the next 7 biggest military budgets put together. His plan to repeal and “replace” the Affordable Care Act will cause 14 million Americans to lose their health insurance next year, and 24 million by 2026. Why is Trump doing this? To bestow $600 billion in tax breaks over the decade to wealthy Americans. This windfall comes at a time when the rich have accumulated more wealth than at any time in the nation’s history."

This is a demolition budget that would inflict unprecedented cruelty, misery and hardship on millions of citizens and residents. Trump’s populist rhetoric collapses under the weight of his efforts to make life even worse for the rural poor, who would have $2.6 billion cut from infrastructure investments largely used for water and sewage improvements as well as federal funds used to provide assistance so they can heat their homes. Roughly $6 billion would be cut from a housing budget that benefits 4.5 million low-income households. Other programs on the cutting block include funds to support Habitat for Humanity, the homeless, energy assistance to the poor, legal aid and a number of antipoverty programs. Trump’s mode of governance is no longer modeled on “The Apprentice.” It now takes its cues from “The Walking Dead.”
...

The $54 billion that Trump seeks to remove from the budgets of 19 agencies designed to help the poor, students, public education, academic research and the arts would instead be used to increase the military budget and build a wall along the Mexican border. The culture of cruelty is on full display here as millions would suffer for the lack of loans, federal aid and basic resources. The winners would be the Departments of Defense, Homeland Security, the private prison industry and the institutions and personnel needed to expand the police state. What Trump has provided in this budget proposal is a blueprint for eliminating the remnants of the welfare state while transforming American society into a “war-obsessed, survival-of-the fittest dystopia.”

The culture of hardness and cruelty is not new to American society, but the current administration aims to deploy it in ways that sap the strength of social relations, moral compassion and collective action, offering in their place a mode of governance that promotes a pageant of suffering and violence. There will, no doubt, be an acceleration of acts of violence under the Trump administration, and the conditions for eliminating this new stage of state violence will mean not only understanding the roots of neofascism in the United States, but also eliminating the economic, political and cultural forces that have produced it. Addressing those forces means more than getting rid of Trump. We must eliminate a more pervasive irrationality in which democracy is equated with unbridled capitalism—a system driven almost exclusively by financial interests and beholden to two political parties that are hardwired to produce and reproduce neoliberal violence.
Posted by The Mound of Sound at 11:07 AM

Trump is going to change the U.S.A. if he is able to carry out his plans. where that leaves the average citizen remains to be seen, but it won't be in a wonderful place. if citizens accept the new reality, then things will go well for trump and his corporate friends. However, should there be a revolt or protest, that is where it may become interesting. should the state repress all protests such as in China Trump will win and we will see the rise of a different U.S.A. Should citizens decide to revolt, and have a "democratic spring", we may see more blood than we saw during the Civil War. should the latter event occur, Canada will be incredibly impacted. of course with China wanting more control over their corporations in Canada and their method of dealing with dissent, we too might be in for a real ride through hell.