Elections B.C. Calls In the Mounties 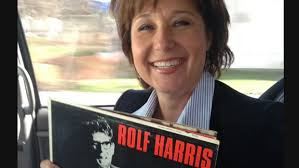 The Trump administration isn't the only regime under investigation. Now you can add Christy Clark's B.C. Liberal cabal.

Elections BC says it has referred the investigation into alleged violations of political donation laws to the RCMP.

“This investigation has been referred to ensure that it will in no way impede Elections BC’s administration of the provincial general election scheduled for May 9,” said a statement from Chief Electoral Officer Keith Archer.

“This referral will also ensure that there is no perception that Elections BC’s ability to administer the general election in a fair, neutral and impartial manner is in any way compromised,” it said. “The potential scope and timing of this matter make the RCMP the most appropriate agency to continue this investigation.”

The investigation follows reports in the Globe and Mail that lobbyists have been making political donations to the BC Liberals under their own names and then being reimbursed by clients, thus obscuring the real source of the contributions. The report also raised the question of whether some lobbyists may have claimed tax credits for those donations.

B.C. is among a minority of Canadian provinces that have no limits on how much donors can give. Corporate and union donations and political contributions from outside the province — or country — are allowed.

So outrageous has it become that, in January, the New York Times published a piece headlined, "British Columbia, the Wild West of Canadian Political Cash."

Even the Malaysian family behind Vancouver's new Trump Tower made sure to kick in a tidy quarter million to the B.C. Liberals.

im really scared this election, that we will end up with corrupt Christie, AGAIN:(
last time I was sure the NDP would swan in,(easily), after gordo was humiliated and given the boot.
but somehow the voting public in BC just cannot stomach the NDP, for something they did over 15-20 yrs ago. Meanwhile the BC Libs do way more audacious acts--and they still are screwing up the BC Ferries, laying pipelines, and ruining landscape with dams...sighhhh
not to mention squeezing the poor, ruining education and still making us pay MSP:P


Don't forget, Deb, that Adrian Dix did more to sink the NDP in the last runoff than any other person or thing. It was his election to lose and he did just that in grand style.

.. I begin to question why BC even bothers with elections.. After Christy decided to cancel the fall 2016 legislature and focus on cash grabbing.. It did seem few really cared about an absence of 'government' .. and realistically the so callled ' liberals' show no sign of responsibility anyway.. its all rope a dope posturing and photo op'ing.. some flights to Kamloops here n there.. recent head scratching about the orange cluck Donald & eminence grease Bannon.. and all the pretty pigs of the GOP.

Christy is an astonishing phenomena.. kind of a coastal Rona without a rodeo boy.. though less of an abject failure.. more a surprising success story due to a complete lack of credible opposition.. or should we say, a complete void as far as opposition. As a Canadian of reasonably long standing & a former BC resident, as well as a former Alberta resident I find Clark as repelling as Alison Redford was.. or Jason Kenney is.. ie a complete embaressment.. and an insult to Canadians


It sure doesn't help, Sal, that our NDP is so lacklustre. Horgan's an okay guy but he's not the firebrand BC needs to wade into Christy & Co.

Thank goodness the RCMP are involved! They must have a lot of investigative power ....left over from the BC Rail investigation.


RE,
It sure doesn't help, Sal, that our NDP is so lacklustre. Horgan's an okay guy but he's not the firebrand BC needs to wade into Christy & Co.

Horgan has the job because no one else wanted it.
The NDP does not have an electable candidate for Premier.

RE,
Thank goodness the RCMP are involved! They must have a lot of investigative
power ....left over from the BC Rail investigation.

We are reaching the point where many of the voting public are too young to remember that debacle.

British Columbia is and has been fucked for a very long time now. Labels and characterizations that were freshly minted by the Bennett cabal in the 50's and 60's have been perpetuated and reinforced by the news media to the point that you will still find people who think the NDP are actually communist. Without a new party, committed to the people of BC, founded on real socially democratic principles, well funded somehow, with deep grass roots and name recognition candidates in each riding nothing will change other than to get worse.

If your memory extends back that far remember how hard the BC news media worked to undermine Gordon Wilson's revival of the BC Liberal party. Back when it really was a Liberal party. It wasn't in the news medias interest to have to try to think beyond their binary fixation. So every early misstep was magnified, candidates were subjected to levels of investigation never seen before (especially if those candidates were SoCred).

This may be the only jurisdiction in North America where the catch phrase "free enterprise" has survived to become totemic.

Christy Clark and Rolf Harris on the same picture.
One screws little girls, the other a whole province.
Neither will get their just rewards.

Yes, Dana, I remember well those heady days when it seemed we might have a genuine "liberal" party as an alternative to the Socred/NDP pendulum that destabilized the province politically and economically. Then, when the S.S. Socred ran onto the shoals the devious bastards abandoned ship, swam over to the Liberal boat, boarded and took over.

@ TB - full points for catching the Christy Clark/Rolf Harris connection. I was becoming fearful that no one would clue in.

The only question that should be asked at all BC Liberal rallies is "Who ordered the Health Care Initiatives firings?"

Maybe if one ponied up 10 grand we could ask the person responsible, directly?

Most of the Liberals know and do not have the moral courage to speak out. That makes them as guilty as the person who ordered the firings And it cost an innocent person their life.

As for the other lies about BC Hydro, ICBC and BC Ferries, these will gain the light of day, but not in time to defeat the BC Liberals.