It Does Seem Like They're Closing In on Donald J. Trump 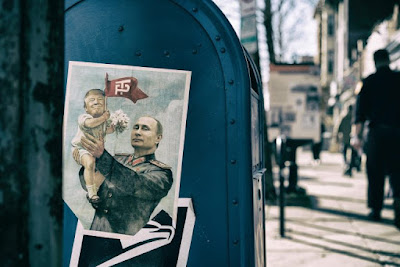 Some pretty top notch journalists and columnists see the writing on the wall for Donald Trump and his presidency.

Foreign Policy's right-of-centre columnist and Council on Foreign Relations Fellow, Max Boot,  has produced his own body of analysis. Most recently he's written that Trump knows the feds are closing in and that WikiLeaks has become Trump's preferred source of intelligence.  Boot writes that Assange has joined the Trump administration. Of course, he jests.

On Saturday, recall, Trump was making wild-eyed accusations that Obama had ordered the U.S. intelligence community to wiretap him. “How low has President Obama gone to tapp (sic) my phones during the very sacred election process. This is Nixon/Watergate. Bad (or sick) guy!” The White House could not come up with one iota of evidence to support this irresponsible allegation, which was denied by FBI Director James Comey and former Director of National Intelligence James Clapper. But Trump would not be dissuaded from pursuing this charge, which serves as a convenient distraction from the far more serious accusations of possible collusion between the Trump campaign and the Kremlin while Russia was interfering with the presidential campaign.

Is it just a coincidence that WikiLeaks dumped a massive database pertaining to CIA hacking and wiretapping just three days after Trump made wiretapping a major political issue? Perhaps so. But there is cause for suspicion.

But what about Assange, the guy who said he'd turn himself in to American authorities if only then president Obama would free Chelsea Manning only to change his mind once Obama did just that?

It's said you can tell a man by the company he keeps and none other than Trump's British water boy, Nigel Farage, just happened to swing by the Ecuadorean embassy in London today where Assange is holed up for a 40-minute visit only to emerge saying he couldn't remember what he'd been doing there. Right, Nige, of course you can't remember. 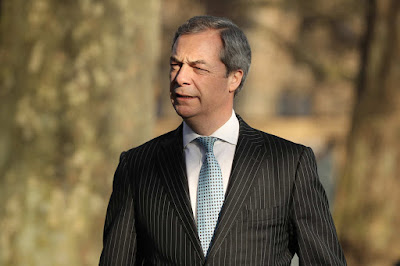 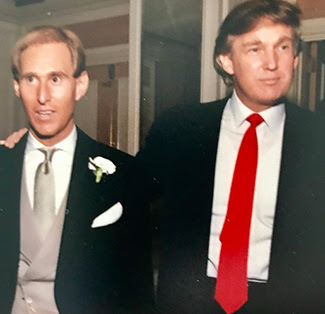 Over the weekend when Trump went through his Twitter meltdown, accusing Obama of having illegally wire tapped his campaign, Stone had a Twitter meltdown of his own in which he admitted that, on behalf of the Trump campaign, he colluded with Assange on the release of the hacked Clinton emails.

But wait, there's more. Now The Smoking Gun reports that Roger Stone was also in contact with Guccifer 2.0, the group that hacked the DNC computers.

Though “Guccifer 2.0” maintained that he was a lone “hacktivist” committed to “fight all those illuminati,” a U.S. intelligence assessment concluded with "high confidence" that the G.R.U., Russia’s military intelligence service, was operating the “Guccifer 2.0” persona, which communicated through Twitter, a WordPress blog, and a series of burner e-mail accounts.
...

Like Trump, Stone is vain, vindictive, and prone to declarations untethered to the truth. Both men are protégés of Roy Cohn, the reptilian attorney whose career initially blossomed at the elbow of Senator Joseph McCarthy and ended in disbarment weeks before his death from AIDS in 1986.


At Foreign Policy in Focus, editor John Feffer writes that Trump has already given Putin everything he wanted - and more.

Oh well, the old cabal of banksters, assorted spooks, and fake news peddlers will be back in charge. Future is so bright...
A..non


I know, A..non, you much prefer serial sexual predators/pathological liars at the helm. Who do you think is the real faker, America's mainstream media or its president? At what point does reality go off the rails for you?


RE
Who do you think is the real faker, America's mainstream media or its president? At what point does reality go off the rails for you?

Reality went out of the back door a long time ago in the USA.
Sadly much of the Anglosphere wishes to emulate it, particularly the UK and Australia.

" the UK and Australia"

methinks you forgots to include our little colony in the north

The explosive nature of this issue is thanks in no small part to the doggedness of quality journalists, Mound. Long may this endangered species exist.

tRump will serve his 4 years ... and maybe 8 depending on events.

oh and as for yesterday's topic (or off topic as you like to say)
http://www.alternet.org/why-wikileaks-revelations-are-so-important

methinks you forgots to include our little colony in the north

On the grand scale of world events.
We do not register, we do not punch above our weight and we have ( thankfully) no one to compare to Trump, Farage, Liz May or the whole Australian ( non aboriginal) population.
Frankly Canada is better off without all the piss and vinegar of modern populism.
We may have a doofus as a PM but he is 'relatively' harmless and so be it!
As the world goes absolutely mad I much prefer mediocrity to the grandstanding of other world leaders.
We live in an age where high ideals and justice have to take second place until the dust settles; for no one is listening .

Drumpf's predecessors, junior and the more recent one, have blood on their hands for the mass murder in Afghanistan, Iraq, Libya, Syria and Ukraine committed under their watch. Taking this into consideration the current epithet of "serial sexual predator/pathological liar" seems relatively benign.

And a dose of reality for you Mound: We are in current pickle exactly because of America's mainstream media (controlled by the ruling cabal) is a real faker...
A..non

Okay, A..non. As the kids would say, whatever.