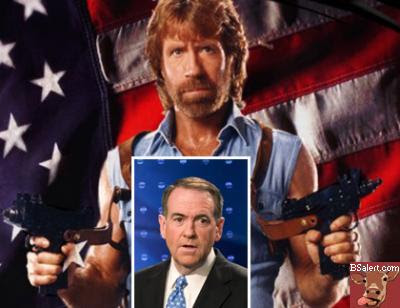 Huckabee hopped a freebee junket larded his way by Ateret Cohanim, an organization that buys land in Jerusalem's Arab neighborhoods and settles Jews there. And his benefactors got got their money's worth and then some. From McClatchey:

Huckabee criticized the Obama administration's calls for ending such settlements and said Obama's position had only encouraged the Palestinian government not to negotiate with Israel.

More important than Huckabee's words, however, was where he chose to deliver them: at several controversial Jewish enclaves in the mostly Arab neighborhoods of East Jerusalem, which both Israel and the Palestinian Authority claim.

"The policies are a drastic change from previous administrations," Huckabee said at Maale Zeitim, a 100-unit housing project at the foot of the Mount of Olives. "Halting peace talks until 20 families are moved out? Our focus should be on Iran, and not on where 20 Jewish families are moving."

..."It concerns me that some in the U.S. tell Israelis they can't live where they want in their own country," Huckabee said.
Posted by The Mound of Sound at 9:16 AM

The Americans spend millions on propaganda, going back well before, but especially during the Bush regime, trying to persuade the Arabs that they are even handed on Israeli - Palestinian issues, and then some cracker suicide bomber from Arkansas blows their claims right out of the water. Who really funded Mr Huckabee's visit? Al Queda?