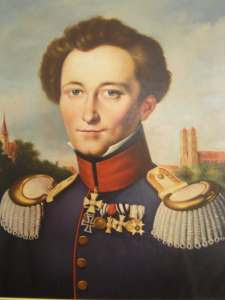 The Taliban in Afghanistan are taking a bit of a time out, going back to their day jobs as farmers harvesting their poppy fields. It's time to put the safety on the AK and hide the RPG. From The Guardian:

"The reduction in insurgent activity ... is a sign the poppy harvest is in full swing and therefore a great deal of young men are involved in harvesting," said Major General Gordon Messenger. He warned that attacks could be expected to rise once the harvest was over. Official figures show the number of British casualties is relatively low in the spring but increases significantly during the summer.

So the insurgents have gone back to farming, so what? The significance to that is what it tells us about the Taliban and the nature of the war we're fighting in Afghanistan. It suits our military and political leaders to depict the Talibs as religious, mad dog lunatics who pour into Afghanistan from the Madrassas in Pakistan with an unquenchable thirst for blood. But what if that narrative is simply propaganda? What if the Taliban, in 2010, more closely resemble the Viet Cong of the 60's, a nationalist movement driven not so much by ideology as the desire to drive out a foreign, occupying army and a corrupt central government? What if the war we're really fighting isn't an insurgency but a people's war, a civil war?

The 18th century military genius, Carl von Clausewitz was one of the foremost military thinkers or his day - and since. His book, "On War" is still widely studied at military academies today. Clausewitz gained first-hand experience of "people's war" in Europe and he defined the five conditions for success:

- that the war is "carried on in the heart of the country"
- that it "cannot be decided by a single catastrophe"
- that "the theatre of war embraces a considerable extent of country"
- that "the national character is favourable to the measures"
- and that "the country is of broken and difficult nature, either being mountainous, or by reason
of woods and marshes, or from the particular mode of cultivation in use."

It's as though Clausewitz was writing of Afghanistan itself and, unknowingly, he was. These five conditions bedevilled the British when they sought to tame Afghanistan, they brought defeat to Soviet forces and these same five conditions define the war we're trying to wage there now.

The insurgency part of this war did exist - briefly. In that early period we had some opportunity to wage a successful counterinsurgency but we didn't bother while we still had the chance. Now this war has transformed from insurgency to a people's war which is a subtle but devastating change. Oh dear.
Posted by The Mound of Sound at 9:26 AM