The Reality of Private Water is Upon Us 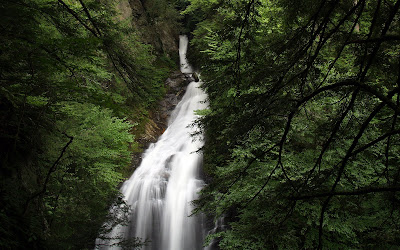 It's crunch time. Private companies are poised to make a breakthrough in privatizing fresh water supplies in Asia, Africa, even the United States. From The Guardian:

Global Water Intelligence analysts expect the water supply market to grow about 20% in the next five years, and demand is especially strong in North Africa, the Middle East and China, GWI's publisher Christopher Gasson told the Guardian.

Another big growth area is likely to be the US, where "hundreds" of public water authorities thought to be talking to private operators, said Dan McCarthy, president and CEO of the global water division of engineering group Black & Veatch.
Renewed growth is being driven by poor services and the need for huge investment to repair and expand supplies, which in a recession is even harder for governments and municipal authorities to fund, said Gasson. It is also encouraged by less historical opposition to private suppliers in much of the big-growth regions, and the continuing "marketisation" of China, he said.
"There's been a move towards private sector finance and operation because of this failure to deliver," said Gasson. "If you have a contractor and the contractor doesn't deliver you can beat him over the head, but if you have a public employee who's got a job for life it's much more difficult to demand performance."

Private companies are seen as a source of finance, and a useful scapegoat to raise bills to help pay for the investment, because the decision would be made by state regulators rather than local politicians, said McCarthy: "It takes a bit of pressure off the local officials if they can shift that to somebody who's less impacted by the politics."

If you're not up on the water privitization issue do yourself a favour and read Maude Barlow's "Blue Covenant." There are a lot of potential ramifications to this trend that we need to understand quite clearly and quite quickly.

In Canada we really need to discuss and define the role of our public sector services, the unique benefits they provide and how we are to pay for them. We witnessed this very sort of political perfidy happen in British Columbia when the provincial government privatized the ferry service and we've been paying for that ever since. Governments that fob off public responsibilities to the private "for profit" sector because they lack the spine to raise the funding themselves do the public a great disservice.
Posted by The Mound of Sound at 8:50 AM

Email ThisBlogThis!Share to TwitterShare to FacebookShare to Pinterest
Labels: water

Glasson is a biased, agenda-driven buffoon with little understanding of the publishing business.