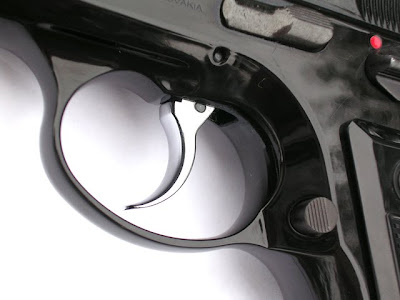 Britain's esteemed scientist, environmentalist and futurist, Professor James Lovelock, claims we have no chance at this point of avoiding catastrophic global warming. According to Lovelock, we've already "pulled the trigger" without realizing the gun was pointed at our own heads.

It's not as though it's any skin off James' ass. He's 91 which ensures nature will speed him well on his way before the world turns really ugly but, he says, we've already nudged our planet on an unstoppable path to another "stable state," one that's immensely warmer and decidedly intolerant of human life.

In a lengthy interview with BBC News, Lovelock says, "We're not really guilty. We didn't set out to heat the world." He adds that trying at this point to save the planet is "a lot of nonsense" and, by way of consolation, suggests you might as well "enjoy life while you can."

The good news is that America's top climate change scientist, the NOAA's Dr. James Hansen, isn't as pessimistic as Lovelock. In his new book "Storms of My Grandchildren", Hansen argues that we can still wrest back control of global warming and pull ourselves back from the brink of annihilation but - and this is a huge 'but' - the industrialized West has to give up all coal-fueled power within 10-years at the outside with the rest of the world, China and India in particular, following suit by not later than 2030. Hansen says we can get by with easily accessible sources of oil and gas during a transition to third and fourth-generation nuclear power but we must shut down all sources of dirty fossil fuels, including Tar Sands and shale, immediately and leave that fuel safely in the ground.

If Lovelock is right the worst that Athabasca can do is accelerate the inevitable. If Hansen is right - and we do still have a chance - the Tar Sands are the pin in the grenade and we have to decide whether to pull it and take the consequences or leave it safely in place.

Do yourself a favour and follow the link above to the BBC Lovelock interview.
Posted by The Mound of Sound at 6:22 PM

I think I'll have a European beer, some tropical fruit and other high carbon-footprint stuff and give a toast to James.