Greenpeace has Hill Mounties Going For Their Guns 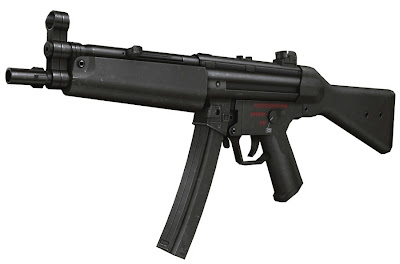 Apparently Greenpeace activists so rattled the RCMP last December when they scaled the Centre and West Blocks on Parliament Hill to unfurl banners that someone has decided the Mounties need to pack automatic assault rifles. This bizarre report from the Toronto Star:

Senator Colin Kenny, former chair of the Senate defence and security committee, said the extra firepower makes sense in a scenario where “someone is on a rampage.”

“Bluntly put, it is hard as hell to hit someone with a handgun,” Kenny said.

Someone is on a rampage? Greenpeace? What does Kenny have in mind? Maybe the RCMP pressure washing the rooftops clean of protesters with automatic weapon fire?

Look, if there's a credible threat that warrants Hill mounties patrolling with automatic weapons, let's hear about it. Force is one of those things that really ought to be justified before it's deployed. There should be a clear understanding of what's being used, how it's to be used and in what conditions before it hits the street. Remember, we're talking about the RCMP and we've all seen the video of how trigger happy they can get when the have to square off, four on one, against a fat, middle-aged man with a stapler, right?