A 13-Year Old Girl - Shot 17 Times - Of Course He's Not Guilty, She Was Palestinian, The Shooter an Israeli Army Captain 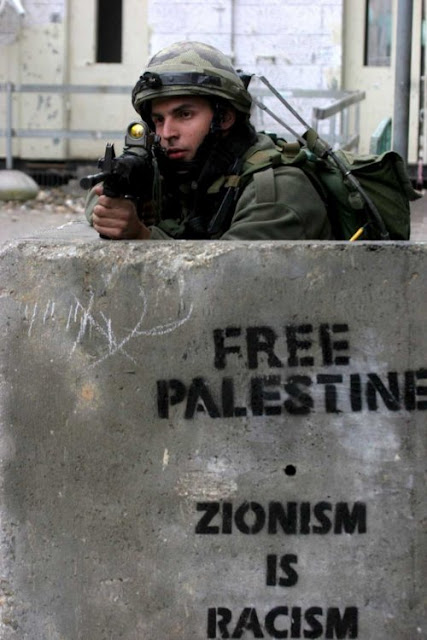 But, then again, we're only talking about an unarmed, 13-year old Palestinian girl, riddled with 17-rounds fired by an Israeli Army captain.   The girl was carrying a school bag and she did stray within 100-yards of the well-protected Israeli military post.

It didn't matter much that a tape recording of the incident showed that the captain was warned she was just a child who was "scared to death" just before he emptied his clip into her body.  From The Guardian:

The soldier, who has only been identified as "Captain R", was charged with relatively minor offences for the killing of Iman al-Hams who was shot 17 times as she ventured near an Israeli army post near Rafah refugee camp in Gaza a year ago.

The military court cleared the soldier of illegal use of his weapon, conduct unbecoming an officer and perverting the course of justice by asking soldiers under his command to alter their accounts of the incident.


Capt R's lawyers argued that the "confirmation of the kill" after a suspect is shot was a standard Israeli military practice to eliminate terrorist threats.


Following the verdict, Capt R burst into tears, turned to the public benches and said: "I told you I was innocent."

A recording of radio exchanges between Capt R and his troops obtained by Israeli television revealed that from the beginning soldiers identified Iman as a child.

In the recording, a soldier in a watchtower radioed a colleague in the army post's operations room and describes Iman as "a little girl" who was "scared to death". After soldiers first opened fire, she dropped her schoolbag which was then hit by several bullets establishing that it did not contain explosive. At that point she was no longer carrying the bag and, the tape revealed, was heading away from the army post when she was shot.

On the tape, Capt R then "clarifies" to the soldiers under his command why he killed Iman: "This is commander. Anything that's mobile, that moves in the [security] zone, even if it's a three-year-old, needs to be killed."

At no point did the Israeli troops come under attack.

After the unarmed girl was shot to the ground, the Israeli Army captain, backed up by another soldier, approached her to inflict the "confirmation of the kill" execution shots.  Are these the monsters that Ignatieff Liberals now support?
Posted by The Mound of Sound at 11:22 PM

I think the shooting happened three years ago. Captain R, however, was acquitted of all charges yesterday. That makes it relevant as hell to me, even if you find it otherwise.

@Anonymous: Are you a student of the "time heals all atrocities" school of thought?

Can we use it everywhere?