Prime Minister, NORAD Called. They Said You're Full of Shit. 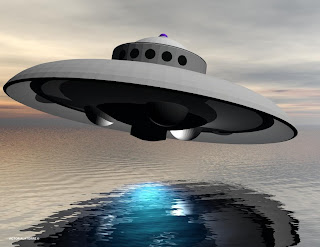 Stephen Harper, like all Fear'n Smear pervs, might like to scare his gullible supporters with ominous allusions to threatening Russian bombers but the outfit charged with dealing with those same bombers is having none of it.

Steve keeps trying to imply that these Russian patrols try to, in some cases have, sneak into Canadian airspace to do god knows what although it probably entails deflowering our daughters.   The prime minister, of course, is simply doing what he does best - lying through his teeth.

As Michael Byers points out in the Toronto Star, NORAD was as quick to shoot down Harper's hot air balloon as it was to scramble Canadian fighters to meet and greet the Russian bear:

His efforts at sensationalism were quickly short-circuited by a spokesman for the North American Aerospace Defense Command. “Both Russia and NORAD routinely exercise their capability to operate in the North,” Lt. Desmond James explained. “These exercises are important to both NORAD and Russia and are not cause for alarm.”

...Yet the Harper government continues to mislead Canadians about the threat from Russian planes.

In February 2009, Peter MacKay waited nine days before revealing that two TU-95s had come within about 192 kilometres of Canada’s Arctic coastline. He carefully pointed out that the incident had occurred just one day before U.S. President Barack Obama visited Ottawa, and said: “I am not going to stand here and accuse the Russians of having deliberately done this during the presidential visit, but it was a strong coincidence.”


Later, when the Prime Minister was asked about the matter, he suggested that the Russian planes had actually entered Canadian airspace. “This is a real concern to us,” he said. “I have expressed at various times the deep concern our government has with increasingly aggressive Russian actions around the globe and Russian intrusions into our airspace.”


Then, as now, the inaccurate accusations were clearly not appreciated by the United States. NORAD commander Gene Renuart took the unusual step of publicly correcting the Canadian ministers. The four-star U.S. general told journalists: “The Russians have conducted themselves professionally; they have maintained compliance with the international rules of airspace sovereignty and have not entered the internal airspace of either of the countries.”

Well Steve, now that NORAD has pronounced you a shameless liar, what's next?   Oh yeah, how about UFOs penetrating Canadian sovereign airspace?
Posted by The Mound of Sound at 7:27 AM