It's Just a Stage They're Going Through 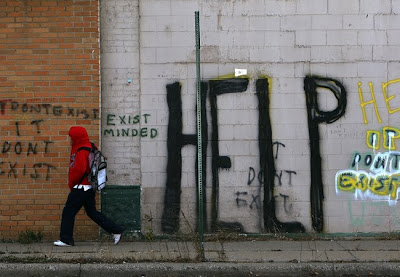 Relax.  Most everything that's going on in the United States these days is more or less perfectly natural.  Unfortunate but natural.  It's an example of human nature we get to see only rarely when tribal mankind's Alpha male begins to slip and loses ground to its successors.  It happens.   Sometimes, as in ancient Egypt, it can take thousands of years.  Sometimes, as the British, Dutch and Spanish showed, it's just a century or two in coming.   Imperial America hasn't lasted quite so long in succumbing but it's far from over yet.

Kevin Phillips in his 2005 book American Theocracy offers a fascinating examination of the parallels in superpower supernovas.   From the Age of Sail through the Age of Coal and, now, the Age of Oil, superpowers have risen - and fallen - in similar fashion.   Two hallmarks seen in Britain's decline and now at the forefront of America's are religious zealotry and militarism.

At the closing days of their empire, many Brits thought themselves in a unique relationship to their god.  Britain and the British people were divinely chosen to bring light to the world, to shape lesser nations and their peoples.  Sound familiar?

Militarism seems ever popular at the end of a superpower run, the last hurrah of global supremacy.   Empires spend fortunes they can't afford, sometimes money they don't have, on elaborate and highly popular shows of force to temporarily mask decline.   Phillip of Spain sent his Armada to conquer underdog Britain but Elizabeth prevailed and Phillip had to preside over the bankruptcy of imperial Spain.

Britain's imperial ventures likewise brought it to ruin.   We don't often hear of it in our Churchillian narrative but Winston and his war cabinet were fully prepared to seek terms from Hitler very early in the war when it became apparent that their country was flat broke.  This is well chronicled in Clive Ponting's 1940, Myth and Reality.  Churchill's gang were quite prepared to cede control of Europe and big hunks of their empire if need be.   They fought on only when Roosevelt bailed them out but that laid the foundation for America's postwar ascendancy.

America, like Britain half a century before it, is broke.    A recent report lamented how in many rural areas, once paved roads are being returned to gravel because there's no money to maintain them.   One state is considering making Grade 12 optional, others are steadily shortening the school year.   America's insane prison fetish is likewise breaking the bank.   Across the country infrastructure is failing.   And it's not just Washington that's in trouble.   So are most state governments and a great many municipalities.

Phillips documents that a surefire sign that a superpower is finished comes when its economy switches from manufacturing to a FIRE (finance,insurance,real estate) based economy.   That is when the dominant country seeks to enrich its rentier class, its elite, by outsourcing its manufacturing base in search of cheap labour.  It's a technique to maximize corporate revenues and shareholder dividends but at a huge, usually unnoticed cost.   The cancer it brings is that the dominant nation invests its wealth into growing its rival's economy and, in the process, pays for that rival's ascendancy.   Welcome to America in the 21st century.

Countries in the position America finds itself in today tend to go a little mad.   It's hard, it's really scary, when you've been brought up to absolutely believe you're Number One, God's chosen instrument on earth, overseer of all others, to find that pedestal crumbling beneath your feet.   That's not something you can adjust to easily.   Some people do go a little mad.   Take a look at America's Tea Party movement.  That defines "bat shit crazy."   Look at the Americans who look to Michelle Bachmann and Sarah Palin for leadership.   There's cave guano on the brain, big time.

The greatest uncertainty today is how America will manage its decline.   As Britain showed that can be done quite well or, as Spain showed, quite horribly.   France emerged from WWII not humbled and wiser but intent on reclaiming its pre-war empire, by force if necessary.   The French fought for years in Algeria and Vietnam only to be driven out.   Britain, by contrast, went for a relatively orderly, more or less peaceful, dismantling of its empire and was considerably more successful than the French.

In stepping down from the superpower pedestal instead of waiting for it to collapse, Britain entered a period of decline that was both managed and limited.   America took over and shouldered the burden the Brits could no longer carry.   For a generation or two, the Brits and other Euros lagged well behind America in material wealth but they made up for that with a better quality of life.

To us on the outside looking in, 21st century America may appear a bit crazy because it is.   What's happening today in the US is just a stage they're going through.   What we must do is recognize what's happening with our cousins to the south and do what we can not to get swept up in it.   If the guy next door starts wearing six-shooters and circles around his backyard, naked,  banging pots and pans, you might want to skip your invitation to his barbecue.   Will Canada's leaders have the foresight to keep our distance?

I guess what troubles me most is that America's decline is happening at the worst possible time.   With the environmental threats settling in on us, the world needs a clear-headed, decisive America not one wrapped up in angry delusion, denial and fundamentalist mysticism.   America is in no shape to meet the challenge that's coming, that cannot be shirked or ignored, a challenge that cannot be met by force of arms.  Britain, in dismantling its empire, arguably left the world a somewhat better place.   America does not seem destined to follow Britain's path.

In fact, America is poised to turn its decline into a freefall.   At all levels of government a form of nihilism has set in, one that promises to turn America into a train wreck.  It's been the subject of much commentary from the Wall Street Journal and elsewhere.   Krugman wrote of it in yesterday's New York Times.  It's a scary look at a country gone mad.
Posted by The Mound of Sound at 8:49 AM

Spot on analysis. Living in the shadow of empire (or in bed with the elephant, as Trudeau said) gives you Canadians an uncomfortably close view of the latest incarnation of misguided human endeavor.
It's bizarre to be living in a dying empire, dismantling the psychic baggage that comes from growing up with 'USA, Number One!' ground into my subconscious. Years of organizing and demonstrating against the arrogance and cruelty of global exploitation (under the banners of free enterprise and democracy) have left many of us exhausted. So much wealth and power squandered in the service of ego and illusion - as Barbara Tuchman noted in 'A Distant Mirror.' Lessons of history? Surely not!
Living in Washington State, near the Canadian border, I'm grateful to be in an area that's re-localizing our food, while watching our 'leaders' try to retool the US economy to sell whatever's left of our country to China. As you rightly noted, they are the rising star in the cycle of military power and consumer capitalism, with that pricetag of environmental destruction dangling below the fold. It would be fine to let this empire dissolve except that we're taking so much of the planet down the drain with us - but that's empire, carelessly and callously stomping off the cliff while causing an avalanche.
It is a challenge to cultivate humor, compassion, community, and a large enough garden to actually contribute to the food supply. For now, those are my goals.

Thanks, Valerie. I appreciate your comments. At times I wonder whether Oregon, Washington and my own BC ought to just join together and tell our respective national governments to ...well, you know.

For what it's worth, I think the Pacific Northwest, certainly the coastal regions, are best positioned to deal with the difficult century that confronts us.

Actually, if China were to recall its loans to the US tomorrow, the US would be in a lot of trouble if not bankrupt.

Anyong I think you underestimate the risks China would face in doing that. There's not much point causing a run on the bank if you destroy the currency in the process. There's a powerful interdependence that binds China and the U.S. and I don't see that changing radically anytime soon.

Yes MOS, you are probably correct. However, by making the comment I made, it shows just how much money the US has borrowed from China. I once heard an American Journalist refer to the fact China owns a lot of America more than it should. If China were to call on its loans, imagine what would happen to America.....it's an if. Given time, China will out pace the US.