A Chinese General Calls for Democracy 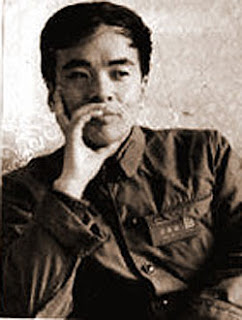 As officers of similar rank rattle their sabres against US aircraft carriers in the Yellow and South China seas, General Liu Yazhou says China's rise depends on adopting America's system of government rather than challenging its dominance off China's eastern coast.

''If a system fails to let its citizens breathe freely and release their creativity to the maximum extent, and fails to place those who best represent the system and its people into leadership positions, it is certain to perish,'' writes General Liu Yazhou in Hong Kong's Phoenix magazine, which is widely available on news stands and on the internet throughout China.

''The secret of US success is neither Wall Street nor Silicon Valley, but its long-surviving rule of law and the system behind it,'' he says. ''The American system is said to be 'designed by genius and for the operation of the stupid'.

General Liu's latest writings are extraordinary by any standards. His article urges China to shift its strategic focus from the country's developed coastal areas, including Hong Kong and Taiwan - ''the renminbi belt'' - towards resource-rich Central Asia.

But he argues that China will never have strategic reach by relying on wealth alone. ''A nation that is mindful only of the power of money is a backward and stupid nation,'' he writes. ''What we could believe in is the power of the truth.


''The truth is knowledge and knowledge is power.''


But such national power can only come with political transformation. ''In the coming 10 years, a transformation from power politics to democracy will inevitably take place,'' he says.


General Liu inverts the lesson that Chinese politicians have traditionally drawn from the collapse of the Soviet Union - that it was caused by too much political reform - by arguing that reform arrived too late.

It will be interesting to keep an eye on General Liu.  How he fares could be an important telltale to the future of China.

When countries adopt American style democracy, it opens these countries up to global companies to be more greedy. China will advance and will adopt a more democratic system so let's leave China alone. General Liu is advocating democracy and there is nothing wrong with that, but why does it have to American?

I expect he sees American democracy as somehow tied to superpowerdom. He may harbour a few romantic notions, even misconceptions, about the state of democracy in today's United States. I think he may also undervalue the attraction of a command economy harnessed to "free market" capitalism. If we've seen anything from this outsourcing it's that capitalism thrives when unruly annoyances such as environmental and labour laws are suppressed by the host state.

In China, there has understandably been a lot of talk about General Liu's statements. Rumor has it that he was appointed to his current position as political commissar of China's National Defense University specifically to ensure that the PLA will support a democratically-elected president in the 2017 election.

What I find most interesting is that Liu Yazhou's comments have been excluded/purged from all major US news outlets. A search on Google News yields zero results, even when specifying "anytime" as the search criteria. If you select the archives you will then see a list of articles about his remarks in news outlets from various countries...minus the US. Obviously the US media wants to keep Americans in the dark about democratic reforms taking place in China. These remarks were clearly news worthy, but they are not consistent with what the US government/media wants its citizens to believe regarding China.

Hi Anon. That is indeed curious. One might have expected the Americans to be highly interested in any prominent advocates of Chinese democracy. Hard to tell whether their omission of this is simply the standard, American self-obsession and relative disinterest in events beyond their borders or something darker.

Thanks for your impressions on the role this general could be playing in China's progression to democratic reform.

Much as I would like a universally democratic world, we've seen that democracy isn't a natural fit to all societies. Afghanistan is a prime example of this but there are many others. The average citizen really needs to be culturally and socially prepared to embrace the right to vote, the right to have a say in the government of his or her country. If they can't appreciate the true value of their vote it's easy for the unscrupulous to manipulate them.