Ex-CIA Officer Defends WikiLeaks, Says Get Out of Afghanistan Now! 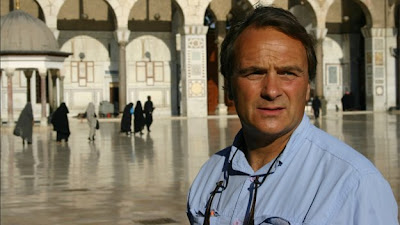 Former CIA Middle East field officer Robert Baer says WikiLeaks has shown that it's time to get the hell out of Afghanistan.

Speaking in Sydney yesterday, Baer urged the Australian government to question the Obama administration about the dodgy intelligence it has been relying on to run its military campaign in Afghanistan.  From the Sydney Morning Herald:

"[Baer] said WikiLeaks was playing a crucial role in the world because it was laying out for everyone to see "the pretensions and the lies" that are being told about the war in Afghanistan.

"There is nothing like seeing the documents to see how much trouble we are in in Afghanistan," he said.

[He] said the release of the secret reports has uncovered major flaws in the US military campaign, including that the information being used to justify deadly raids is fragmented, and largely coming from secondary sources. He has said much of the information appears to be from intelligence peddlers who are looking for a reward for passing on gossip.

"You cannot conduct special operations like that. You can't win a war that way,'' he said.


He believes the US and its allies should pull out of Afghanistan as fast as possible."

"Pretensions and lies," that about sums up the story of the West's disastrous misadventure in Afghanistan.  It's been a war waged by third-rate generals and fourth-rate politicians, and not just American, from the outset.   Afghanistan proves, yet again, that all the King's horses and all the King's men can't win all the King's wars when they're hobbled by lousy leadership.  And yes, Big Cod, I mean you.