About That Other Shoe, The One That Just Dropped 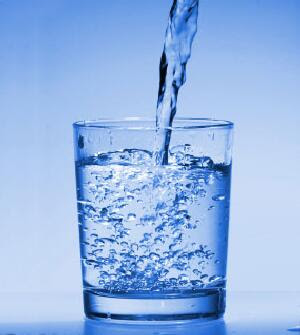 There is an enormous amount of water stored underground in aquifers.   Or, at least, there used to be.  A lot of it is actually "fossil" water, H2O that's been trapped underground for, well, forever sort of.  But one of the things we became really good at during the 20th century was pumping that ancient water out of the depths, bringing it to the surface and using it for a lot of things but primarily crop irrigation.   With all that water we grew all sorts of food and with that food we grew all sorts of people and even tripled our numbers in less than one human lifetime.   Neat trick, eh?

Not so much.  We paid far too much attention on getting that groundwater to the surface and not nearly enough to just how it got into the ground in the first place.   Easy come, easy go... easy gone.

Canadian hydrologist Tom Gleeson put it bluntly. "Over a quarter of the world's population live in these regions where groundwater is being overused."

Many places are rapidly pumping out "fossil" water, or water that was laid down sometimes thousands of years ago and cannot be replaced on a human timescale.
Seeking a yardstick of sustainability, the study creates a measure called the groundwater footprint.
It calculates the area of land sustained by extracted water and compares this to the size of the aquifer beneath.
The global groundwater footprint is a whopping 3.5 times the size of the world's aquifers, the study found.
"Humans are over-exploiting groundwater in many large aquifers that are crucial to agriculture, especially in North America and Asia," said Gleeson.

"Irrigation for agriculture is largely causing the problem but it is already impacting in some regions the ability to use groundwater for irrigation, so it is almost like a self-reinforcing problem."
According to the UN report, extraction from aquifers has tripled in the past 50 years and now accounts for nearly half of all drinking water today.
Last month's issue of Harper's magazine  ran Wil Hylton's piece, "Broken Heartland, The Looming Collapse of Agriculture on the Great Plains."    It explored the looming collapse of America's once mighty Ogallala aquifer that lies beneath eight - count'em eight - of the states that comprise America's vaunted "bread basket."
"Ancient, epic, apparently endless, it is the largest subterranean water supply in the country, with an estimated capacity of a million-billion gallons, providing nearly a third of all American groundwater irrigation. If the aquifer were somehow raised to the surface, it would cover a larger area than any freshwater lake on Earth - by a factor of five."
"No one worried about the aquifer. To farmers it seemed a bottomless reserve, generating the same outlandish volume no matter how many straws went in. Soon there were hundreds of thousands of wells producing the same reliable flow, year after year, without any evident stress.

"Then, during the early 1990s, farmers throughout the Great Plains began to notice a decline in their wells. Irrigation systems from the Dakotas to Texas dipped, and, in some places, have been abandoned entirely."
About a third of the Ogallala is now down to less than 30-feet of water that's still being pumped out at about 5-feet a year.   By 2030, most of the rest of it will be in the same condition.  I think, I hope, you can see where this could be heading.

With the hydrological cycle we've enjoyed for millennia now broken, leaving most parts of the world to endure severe flooding or severe drought or both, that groundwater is needed now more than ever and yet, where it's needed most, it's nearing exhaustion.

India, China, Pakistan all face surface water threats and groundwater exhaustion and they're all more reliant than ever on Himalayan headwaters and they're all armed with nuclear weapons.  And the United States is determined to get in on the South and East Asian tensions.

Email ThisBlogThis!Share to TwitterShare to FacebookShare to Pinterest
Labels: groundwater

"It explored the looming collapse of America's once mighty Ogallala aquifer that lies beneath eight - count'em eight - of the states that comprise America's vaunted "bread basket."
And I wonder where the U.S, will look for water to replace that diminishing aquifer. Oil is not the only Canadian 'resource' that will be subject to a 'multinational' grab for control!

Your point is well taken. Already a number of Canadian premiers have joined governors of the Great Lakes states to defend tthose lakes against potential water demands from the American south.

Canada, as we're now seeing from Alberta to Quebec is facing its own fresh water insecurity and I doubt many of us will see an image of Canada awash in endless stocks of water much longer.