Are Our Forests the New Steel Mills of the 21st Century? 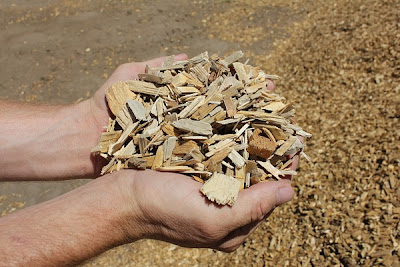 Great news for B.C.'s forest industry.  Wood pulp may be poised to become the new steel except cheaper, lighter and renewable.


THE hottest new material in town is light, strong and conducts electricity. What's more, it's been around a long, long time.
Nanocrystalline cellulose (NCC), which is produced by processing wood pulp, is being hailed as the latest wonder material. Japan-based Pioneer Electronics is applying it to the next generation of flexible electronic displays. IBM is using it to create components for computers. Even the US army is getting in on the act, using it to make lightweight body armour and ballistic glass.
To ramp up production, the US opened its first NCC factory in Madison, Wisconsin, on 26 July, marking the rise of what the US National Science Foundation predicts will become a $600 billion industry by 2020.
So why all the fuss? Well, not only is NCC transparent but it is made from a tightly packed array of needle-like crystals which have a strength-to-weight ratio that is eight times better than stainless steel. Even better, it's incredibly cheap.
"It is the natural, renewable version of a carbon nanotube at a fraction of the price," says Jeff Youngblood of Purdue University's NanoForestry Institute in West Lafayette, Indiana.
Theodore Wegner, assistant director of the US factory, says it will be producing NCC on a large scale. It will be sold at just several dollars a kilogram within a couple of years. He says it has taken this long to unlock the potential of NCC because the technology to explore its properties, such as electron scanning microscopes, only emerged in the last decade or so.
NCC will replace metal and plastic car parts and could make nonorganic plastics obsolete in the not-too-distant future, says Phil Jones, director of new ventures and disruptive technologies at the French mineral processing company IMERYS. "Anyone who makes a car or a plastic bag will want to get in on this," he says.
In addition, the human body can deal with cellulose safely, says Jones, so NCC is less dangerous to process than inorganic composites. "The worst thing that could happen is a paper cut," he says.
Posted by The Mound of Sound at 11:52 AM

Email ThisBlogThis!Share to TwitterShare to FacebookShare to Pinterest
Labels: NCC

Well, I'm glad I read the links. My first thought was, "oh great, another reason to log the old growth and parks."

Old growth and parks should be left alone no matter what the project. Uruguay is being clear cut at an alarming rate and the people have impeached their President however, the scientist think it is already too late. Being cheap will soon become expensive.