The Business of Killing 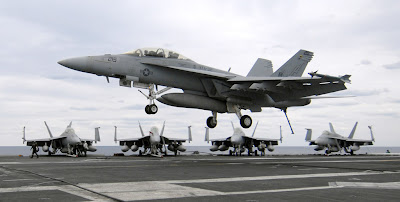 What else would you expect from the first true Warfare State in centuries?   American arms sales abroad tripled last year.   The Sydney Morning Herald puts the take at $66-billion or about $9.50 for every man, woman and child on the planet.

The sales by the US accounted for nearly 78 per cent of all global arms sales, which rose to $85.3 billion in 2011, the highest level seen since 2004, the report said.

Keeping in mind the United States is expected to reach a $16.4 trillion government debt by the end of the year, what does the figure of $66.3 billion in arms revenue represent?
- Earnings from weapons sales are expected to top spending on housing and urban development in the 2012 fiscal year ($49 billion), or homeland security ($47 billion), or energy ($43 billion) or justice ($33 billion).

- Those earnings are $4.7 billion shy of the government's spending on education ($71 billion).

- It is about one eleventh of US defence spending ($766 billion).

Who says America no longer makes what the world wants to buy?   And they're only just getting started.