Will British Columbia be Harper's Waterloo? 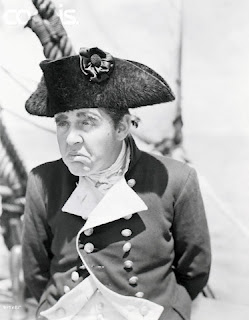 British Columbia is shaping up to be the battlefield where the Conservative government will suffer the decisive defeat that will bring it down.

BC'ers of all political persuasions are massing in opposition to the Northern Gateway pipeline initiative and, through it, Harper's Conservative government.   Even prominent Tories can smell what's coming.

"...observers struggle to pinpoint an example in living memory of a project that has gripped the public for such a sustained period as Calgarybased Enbridge Inc.'s proposed Northern Gateway oilsands pipeline to the West Coast.

"I have never in my experience observed such a reaction to any big project, probably since back when they were drowning villages" to construct the St. Lawrence Seaway in the 1950s, said former B.C. senator and ex-federal energy minister Pat Carney. During the Brian Mulroney era, Carney dismantled the deeply controversial and divisive national energy program. "It's like it touched an inner nerve."

A poll released Friday by Abacus Data Inc. found that British Columbians opposed the project by a 56-25 margin. More crucially, 41 per cent of B.C. respondents who said they voted Conservative in 2011 said they are against Northern Gateway.

That spells trouble for Harper, who took 21 of 36 B.C. seats last year and needs the province - which will have 42 seats in the 2015 election - to keep his majority, according to Abacus pollster David Coletto.

"I do think the Tories are risking support if they remain adamantly supportive of the pipeline," Coletto said.

Harper's government "needs all its seats in B.C. to keep its majority. If 2015 is about energy and the government doesn't sell the importance of the oilsands and energy transportation to Canadians, look out."

...Some argue that the federal government's problems with the issue began with Natural Resources Minister Joe Oliver's public letter in January on the eve of the Northern Gateway public hearings.
It lambasted "radical" environmental groups, saying they were using foreign funds to stymie Canada's need to export more resources to Asia.

But the attack has been exploited by critics who say the government has been insulting ordinary Canadians who legitimately oppose the project.

"I don't think Harper and his gang have figured out this is not an issue driven by a bunch of crazy radicals and environmentalists, funded by some foreign interests," said [former Tory fisheries minister Tom] Siddon.

British Columbian opponents may outnumber pipeline supporters by a 2 to 1 margin but we're only getting started.   Harper isn't going to get supertankers sailing out of Kitimat without first imprisoning hundreds, perhaps thousands, of us and when he starts tossing otherwise law-abiding British Columbians into jail for standing up for their province, support will coalesce around them and turn our province into electoral scorched earth for the Tories for a generation, possibly more.   Here on the coast there's a confidence building.    We know we can stop this damned thing.   We know that we will.   There's nothing out here but ruin for Harper and the rest of his Tar Heads.

ForestEthics
Hey, Vancouver! Dance against tankers at the Save the Salish Sea Concert this Labour Day weekend.