Those of us who lived through the Cold War were painfully aware that the Soviet Union was prepared to thoroughly devastate the West with nuclear weapons.   We didn't know they had something else in mind also, a second strike to wipe out the survivors of a nuclear attack. 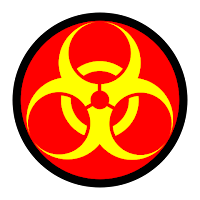 In the Soviet playbook for all-out war with the United States, the wasting of US cities by nuclear bombs was to be followed by something equally horrifying: waves of plagues to kill any survivors.

None of these weapons were used during the Cold War, but a new book suggests the dangers posed by the program never completely abated. The authors reveal new details about the deadly achievements of Soviet weapons scientists - from multiple-drug resistant anthrax to ''stealth'' bugs that elude detection - and they say the strains probably still exist inside the freezers of military laboratories inside Russia.

The book also suggests that US intelligence operatives may have inadvertently fuelled the Soviets' experimentation with germ warfare, in part by spreading false stories that convinced communist leaders the US was also secretly making such weapons after its program was officially halted in 1969.