Someone Was Convicted of Murder, Just Not the Murderer

Someone was convicted of murdering British businessman Neill Heywood in Beijing, only it might not have been the accused, Gu Kailai, the wife of the disgraced politician Bo Xilai.   The Chinese court found Gu Kailai guilty of the crime only the woman in court was a stand-in, a double.

Reports have been coming out lately about how rich Chinese have a habit of hiring stand-ins to take their place in court - and, later, in prison.   The stand-ins do the time, usually for a handsome paycheque.

This is the real Gu Kailai 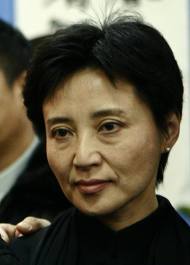 This is the woman tried as Gu Kailai 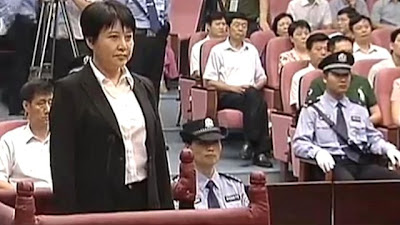 The scam has sparked outrage from the far left and the far right.  It does, however, explain how the trial ended the day it began with a quick admission of guilt.    Why waste money on courts and lawyers when the accused already has a stand-in ready to go to prison?