There Are Ways to Fix It - Eventually 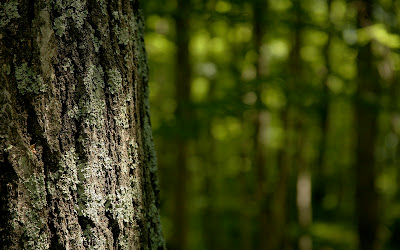 The struggle of the 21st century will be to reduce atmospheric carbon concentration to safe levels.   There's a fair chance it can be done, given time, commitment and vast resources.

One way to reduce carbon is to extract it from the air and mineralize it, that is turn it into a stable compound that can be safely buried.  We don't need a stunning technological breakthrough to get carbon out of the air.   Trees already do it very nicely.   A lot of trees.   But the trick is to then stabilize it by transforming the wood carbon into mineral carbon.   There's a word for it, biochar.

Trees are felled and the wood is essentially baked in kilns to transform it into dense charcoal.   The neat part is that heating the wood releases methane and other combustible gases that are cleanly burned to fuel the process.   The resulting biochar is then trucked away to be ploughed into farmland.   Why farmland?  Because biochar enriches the soil, makes it far more fertile and productive.   Marginal soil, in many cases, can be transformed into good quality, arable soil.

So, what's the hold up?   There is a time lag factor of two to four decades that the tree takes to grow to its maximum carbon intake point at which it can be felled and a new tree planted.

Then there's the economic factor.   Trees are typically given a resource value for wood or wood products.   Biochar, on a planet-saving scale, would have to be on a highly discounted value.   Somebody would have to make good the difference.   Which is where meaningful carbon pricing might come into play.   Tie carbon emissions to the effective cost of the equivalent in biochar, inclusive of all production, processing and administrative costs from planting to ploughing, and you could deter carbon emissions, stimulate the market for alternative energy and begin realistic and safe carbon sequestration.

Would this sort of thing sound the death knell for fossil fuels?  Some maybe, not all.   There will always be a need for some fossil fuels.   What it would bring to a grinding halt would be the production of and market for the most carbon-intensive fuels and, yes, I mean Tar Sands bitumen.   Yet surely that's a small price to pay for an opportunity, within just a few generations, to bring our climate back into balance.

A reforestation effort of this magnitude is truly mind-boggling.  It would be on the same scale as climate change itself - global.  It could even be more expensive than any endeavour mankind has ever undertaken.   Yet isn't that to be expected in a world running out of options - and time?
Posted by The Mound of Sound at 4:37 PM

If you look into how biochar is already being produced around the world, you won't find that it requires cutting mature trees that would otherwise have greater value for lumber or other markets. Rather it is seen as a way to use agricultural wastes, even manure. Also, when the char is applied to improve soil productivity, it can produce a net increase in farm and forest biomass.
Your comments on costs are also not well-founded. Pyrolysis offers the capacity to produce biogas and bio-oils with fuel value which are making the overall process more and more cost-efficient.

Hello, Brian. I have your points but I think you may be looking at pyrolysis from its conventional stance rather than something of this scale. The object is to produce mineralized carbon in truly enormous quantities on scales that could overwhelm the standard energy scavenging or even agricultural purposes of biochar. Little trees produce little carbon and, for this objective, relatively low efficiency.

Mound slightly off topic of this post, but on the subject of switching from fossil fuels... I was wondering if you've listened to this interview? http://www.youtube.com/watch?v=bVOvasvXMVM&feature=share Where Gundersen says that we should not be building new nuclear, regardless of the technology, that we basically can't handle it, and that wind and solar are a better bet. I am not an expert on nuclear, but listening to this such expert leads me to believe it is not an answer we want.

Would Hemp be a viable option for this process?