Nothing Makes a Petro-State Cringe More Than the Truth 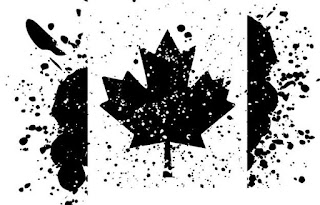 If there's one thing the petro-states can't stand, especially today, it's the truth.  Which is why they'll duck the latest report of the World Resources Institute.

The WRI report focuses mainly on the coal industry and on the subsidies petro-states lavish on their fossil fuel industries.


Removing coal from the global energy mix is taking too long, too many forests are still being destroyed, and fossil fuel subsidies are ongoing despite their distorting effect on the market, a study has found.

There has also been insufficient progress in agriculture to stop harmful practices that increase carbon dioxide production, and heavy industry is not doing enough to use energy more efficiently, according to analysis carried out by the World Resources Institute thinktank.

Without progress on all these fronts, the world is unlikely to see global greenhouse gas emissions peak in 2020, which is likely to be necessary to stay within the 1.5C or 2C warming thresholds that scientists have identified as key to the future safety of the planet.


...coal-fired generation is still increasing, with coal-fired power plants continuing to be built in some areas, while existing plants are not being removed from service fast enough. Electric vehicles, meanwhile, comprise 1.4% of overall sales, making a 2020 milestone of 15% of new car sales hard to reach.


“The impacts [of climate change] have never been as clear, nor action so urgent, as we are quickly approaching tipping points of no return. It would follow, then, that leaders everywhere should now be discussing this number one concern as their number one priority.”

She added: “The decisions we take over the next two to three years are crucial for the unprecedented structural changes we must embark on to safeguard our climate and clean up our air. This is the make it or break it opportunity we have, knowing that the world is expected to invest about $90tn on infrastructure in the period up to 2030, with much of this investment to be programmed in the next few years.”

And it's only fair to ask what's on Canada's agenda for the next two to three years. Oh yeah, that's right. It's multi-billion dollar pipelines and flooding world markets with the highest-carbon, toxin laden, ersatz petroleum on the planet, bitumen. But wait, there's more. Canada is going to continue lavish multi-billion dollar subsidies for the foreseeable future. Trudeau has promised to phase out subsidies by 2025 but he's also made us aware of how much his word is worth and it's not much.

It's not that many years ago that Trudeau's predecessor, Ignatieff, lauded the Athabasca Tar Sands as the "beating heart of the Canadian economy for the 21st century." As far as Iggy's successor is concerned, it still is.

Coal is a major export from BC.

BC Hydro owns a natural gas power plant which it not supposed to use, supposedly due to its GHG emissions.

The scaling back of Burrard Thermal is given as one justification for the $10 billion Site C dam, which would flood 85 km of river valley.

However, apparently somehow the Govt thinks it's ok to export BC LNG to other countries, where one use is power production.


You're right, Hugh. BC needs to stop the extraction and export of thermal coal. They're probably afraid of an expensive law suit. The province might not have jurisdiction over the export but they could impose a substantial carbon tax on extraction - if they had the courage or inclination.