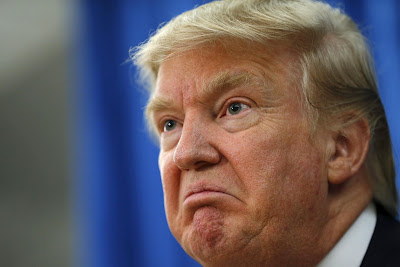 Michael Cohen has postponed his scheduled appearance to testify before Congress. The reason? His attorney, Lanny Davis, puts it down to "ongoing threats against his family from President Trump."

That is witness intimidation which is witness tampering which is a felony.  Trump recently remarked that Cohen's family should be investigated for shady dealing.

Cohen was scheduled to testify on February 7th. The Washington Post reports that the following day, February 8th, the House Judiciary Committee is expected to grill Trump's acting attorney-general, Whitaker, about whether the White House has interfered in the investigation by special counsel, Robert Mueller.

So, there’s no money or staff to protect Cohen or his family, other than what they have already got, or to cover off his House testimony,

or for example, to protect the House and Senate from terrorist attack during the State of the Union.

BTdubs, FDA inspections stopped on Friday, so don’t buy any food or beverages from the USA, not unless you want ecoli or samonella added to your meal.

.. we are seeing the degradation of 'public servants, Mound. Astonishing examples of 'double or triple standards. Dark 'donations.. sometimes massive or completely illegal.

We find Jason Kenney likely misled and defrauded Canadian taxpayers, Mitch McConnell in deep with Russian money, Trump the obvious sellout for monies, favors, backroom deals. the Former Liberal Government of BC scandal ridden.. Rona Ambrose's great budly with the megayacht closes his toxic mine. Harper is probably still pimping asbestos.. and how about sellout mainstream media ? Climate change denial is rife.. its sickening to see

The FDA shut down? What happens when Trump's brinksmanship starts costing American lives?


It is a mess, Sal. I don't want to seem prophetic but chaos does seem to be the order of the day in many corners of the world, the US included. I'm not sure whether Trump, Orban, Erdogan, Duterte and gang are the disease or just symptoms of a greater disorder.

“I know what I’ll do. I’ll make some people that like it this way.”

The USA is a failed state.
Influential ; yes.
Still failed.

One wonders just how much the USA( CIA) intruded upon Venezuela; a corrupt country, yes , a country subverted; yes!!

You asked Mound, what would happen when people start dying?

Yurtle the Turtle’s done nothing and the only complaint the Deplorables, Gullibiliies and Nazi’s have is that Treason Tribble’s hurting the wrong people.

Unless the deaths are massive, ( jet liners colliding), caught on film, broadcast 24/7 like 9/11,

And even then, the MSM will try to bothsides the shit out of it.

There are now only two tribes in the US, American’s and MAGAts.