Roger Stone and the Geezer Factor 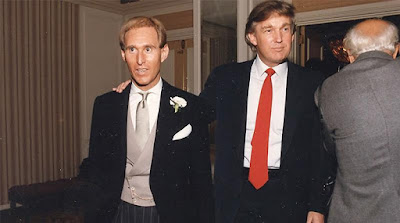 The simple fact is that we live in an age of rapid technological change that is largely alien to older people. Think back to when you had to set the flashing clock on your grandfather's VCR.  Same, same only a generation later and vastly more complex.

I watched a seasoned US federal attorney discuss how easy it can be to investigate con men such as Paul Manafort or Roger Stone by going for the jugular - their emails, their smart phones, their computer hard drives. Oldsters, it seems, fail to grasp how easily those electronic communications from yesterday can turn into today's confession.

When the FBI raids a guy's home and comes away with multiple computer drives and five or ten cell phones and emails in the cloud that the suspect may have no idea that are still around, it's like a kid in a candy shop. It turned out to be a treasure trove that was indispensable in the multiple convictions for which Manafort awaits sentencing.

And now investigators are meticulously working their way through Roger Stone's electronic bounty.

When Stone boasted he would never testify against Donald Trump and the president praised Stone's courage, neither of them realized that Stone already has ratted out the Trump campaign. It's all there in the electronic records, the emails, the phone records, the social media.

Donald Trump and Roger Stone are geezers. They might have imagined themselves Masters of the Universe in their day but that was decades ago. The next generation of villains is going to be a lot more tech savvy but technology is the ultimate double edged sword.

You'd think that this would have been less likely to happen to these guys in view of the furor that erupted over Hillary's server, whatever missing emails were associated with it and the ones that were hacked from the DNC.

had to look up the definition of the word geezer - you're using the US sense, I guess. Wasn't familiar with that use at all.

My stay in London in the '70s where the word was in very common use, it just meant some random bloke of any age. Adjectives were added to get to the particular. So old geezer was an old bloke, stupid geezer was, well you get the picture. A "complete git" was my favourite though. That was someone with airs who you had no respect for, a dummy.

My take on Trump and Stone is that they're stupid old geezers, and complete gits as well.

"Git" that brought a smile to my face, BM. Don't hear that much anymore.

.. great link Mound.. had to read carefully..
Can't recall for sure, but think yiu linked me up to Empty Wheel main site a ways back.. but this article really demands paying attention. More a conversation among folks who know how to read between the lines.. and parse every nuance of the metadata.. and the 'hash' .. er tag or.. not to bother.. fascinating wordplay & expertise blended with sarcastic humour. Mueller et al and the spook world look like they were licking their chops & hungry for Trump, Russian spook and troll, appetizers. I get the sense Don Jr, Kushner, probably Don himself, among others were fatted pigs.. and Mueller's troop are hungry to munch..

Too bad we didn't have a crew like that.. to snap up those with Admin Access to the Harper Party database.. or track the deletions or logs re the Great Harper Election Fraud.. child's play to them

Further.. my point re Jason Kenney is not re 'Residency dollars'.. I give a rat's arse.. its whether he qualified as a candidate in Alberta, to represent a Calgary federal riding.. I suspect not.. not even close. The per diem $ ? That he fleeced us for $ and his condo is unsurprising... That he grifted his candidacy though.. truly 'grips my shite' as they say. Nobody looked at his trail. Horrendous assumptions were made. He well and truly 'lived in Ottawa' - he visited Calgary .. and mommy.. made sure to wear a cowboys hat, show up for Harper's pancake Stampede breakfast. I probably spent far more time 'working & living' in Alberta than he has.. in Banff, Calgary & Swan Hills plus misc farms running combines, planting 'winter wheat' & fall ploughing or spring seeding