The Supreme Court of Canada Comes to the Rescue, Again. 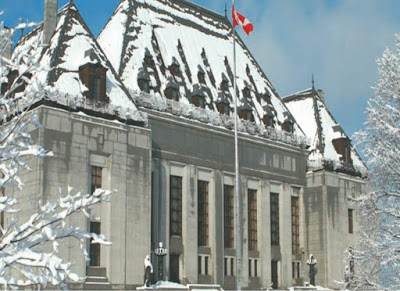 It's the law. Canadian energy companies must clean up old wells and cannot rely on bankruptcy as a mechanism to pillage the public.

The top court's ruling released Thursday overturns two [Alberta] lower court decisions that said bankruptcy law has paramountcy over provincial environmental responsibilities in the case of Redwater Energy, which became insolvent in 2015. That meant energy companies could first pay back creditors before cleaning up old wells. In practical terms, that means energy companies could walk away from old oil and gas wells, leaving them someone else's responsibility.

In its decision brief, the top court said the trustee "couldn't walk away from the disowned sites. It said that the BIA [Bankruptcy and Insolvency Act] was meant to protect trustees from having to pay for a bankrupt estate's environmental claims with its own money. It didn't mean Redwater's estate could avoid its environmental obligations."

This will send a chill through the fossil energy industry or other industrial polluters and the banks and institutional lenders that fund them. Those lenders once smugly believed they had priority over everybody and the environmental fallout would be the public's problem.  Today, the SCC pushed their "reset" button.

I think of this and the first thing that comes to mind is the financial time bomb of the Athabasca tailing ponds. The Alberta regulator has tagged that clean up at around $260 billion.

The impact of today's SCC decision will take a while to work its way through the energy sector, especially the banks and institutional investors such as pension funds that fund these projects. For the money guys the investment risks have changed biggly. Their money is now at much greater risk than they experienced in the past. For the Bitumen Barons of the Calgary Petroleum Club, borrowing just got a lot more expensive even as environmental liabilities shrink the value of their assets.  What will they do? What they always do. They'll try to coerce the provincial and federal governments into kissing their boo-boo.

As Bruce Willis might put it, yippee ki yay, mother f#@ker.
Posted by The Mound of Sound at 11:28 AM

Thank you for posting this ... the most important (CDN) story of the week.

Mostly ignored by the media. This and the coal-port win gives us a sliver of hope.