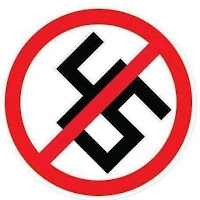 It's all the rage. Name the Pox, whatever it was that took Donald J. Trump to Walter Reed last year. Not the Covid thing. Way before that. November 16, 2019.

Despite the fact that his health status is of intense concern to the country, he and his administration are not only not being forthcoming with details about his condition; they are doing everything they can to cloak them in mystery.

And according to a surprising new NBC News report concerning a strange visit he made to Walter Reed National Military Medical Center last year, Trump was so worried that personnel there might reveal information about his health that he even insisted on nondisclosure agreements.

It’s important to understand that under the Health Insurance Portability and Accountability Act (HIPAA), it’s already illegal to disclose anyone’s medical information without their consent. But Trump was apparently so concerned that someone might reveal something about his visit that he decided the law was not enough, and he needed to threaten everyone with being sued.

My money's on a TIA, aka a ministroke. The Great Gaspy's diet of hamburders and KFC washed down with Diet Cokes is bound to lead to blood clots.

Sounds like a good guess, Cap. The slurred speech, i.e. where he repeatedly said "orange" but was trying to say "origin", the unsteady gait, confusion getting off his jet and wandering away from his limo forcing the staff to go after him and bring him back, holding a water bottle with both hands, his unnatural forward lean, the bizarre inability to recognize words and names such as Yosemite all suggest DJT isn't firing on all cylinders.

Mound, get your head around this!

I don't know, Mound, but I would still go with clap, clap, clap! It does affect the brain as well doesn't it?

Left untreated STDs can do terrible things, Lulymay. Or so I was taught, first in high school and then in the military. The two had many things in common.

You have to wonder. Perhaps it's not the steroids at all.