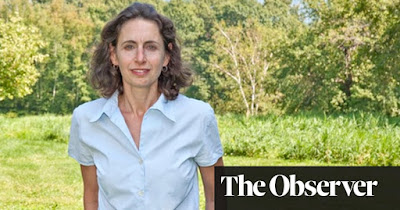 Among climate journalists, author and New Yorker columnist, Elizabeth Kolbert, stands out as one of the best. Her latest piece, "Three Scenarios for the Future of Climate Change" is a measured and important read.

Kolbert's message is "choose your poison." There are three general outcomes to choose from and, like it or not, not choosing is a choice.

She laments that we didn't heed James Hansen's warnings when he appeared under oath before Congress in 1988. If we had, the best options might not have slipped through our fingers. Instead we doubled down on the fossil energy economy.

Instead, during that [three decade] interval, some two hundred billion metric tons of carbon have been spewed into the atmosphere. (This is roughly as much CO2 as had been emitted from the start of the Industrial Revolution to that point.) Meanwhile, trillions of dollars have been sunk into coal-burning power plants, oil pipelines, gas pipelines, liquid-natural-gas export terminals, and a host of other fossil-fuel projects that, in a saner world, would never have been constructed. And global temperatures, as everyone can by now attest—though some still refuse to acknowledge—have continued to rise, to the point where the sweltering summer of 1988 no longer stands out as particularly hot. The nineteen-nineties were, on average, warmer than the eighties, the aughts hotter than the nineties, and the past decade hotter still. Each of the past five years has ranked among the warmest on record.

Kolbert writes that the future for a millennium, perhaps more, will be fixed by the decisions and actions we take by the time today's toddlers become adults. Let that sink in.

What’s technically referred to as “dangerous anthropogenic interference with the climate system” and colloquially known as “catastrophe” is warming so dramatic that it’s apt to obliterate whole nations (such as the Marshall Islands and the Maldives) and destroy entire ecosystems (such as coral reefs). A host of scientific studies suggest that a temperature increase of two degrees Celsius (3.6 degrees Fahrenheit) or more would qualify. A great many studies suggest that warming of 1.5 degrees Celsius (2.7 degrees Fahrenheit) would be enough to do the trick. At current emissions rates, the 1.5-degree threshold will be crossed in about a decade. As Drew Shindell, an atmospheric scientist at Duke University, told Science, “No longer can we say the window for action will close soon—we’re here now.”

The author's fantasy solution is what she calls the "Blue Skies" option where all the nations set aside their considerable differences and humanity pulls together. Kolbert points to a study by the IEA that America could produce twice as much energy as it needs from offshore wind farms. But would the emerging economies and the Third World go for it?

Bending the emissions curve globally is an even more formidable challenge. Leaders of many developing nations point out the injustice in asking their countries to forgo carbon-based fuels just because richer nations have already blown through the world’s carbon budget. India, which will soon overtake China as the world’s most populous country, gets three-quarters of its electricity from coal, and that proportion has, at least until recently, been growing.

Her second scenario sees emissions continue to grow to 2050 which would be devastating to the poorest and weakest nations and their peoples and would force the affluent nations into a sort of managed-dystopia.

In this scenario, by 2050 a temperature increase of two degrees Celsius would, for all intents and purposes, be locked in. Developed nations would have constructed storm-surge barriers to keep out the sea and erected border walls to keep out refugees. They would also have started to air-condition the outdoors. Developing nations, meanwhile, would have been left to fend for themselves. To a certain extent, all of this is already happening. A study published in 2019 by Noah Diffenbaugh and Marshall Burke, both of Stanford University, found that in the past fifty years warming had slowed economic growth in those parts of the world which have emitted the least carbon, perhaps by as much as twenty-five per cent. “Not only have poor countries not shared in the full benefits of energy consumption, but many have already been made poorer (in relative terms) by the energy  consumption of wealthy countries,” the two wrote. Qatar, one of the world’s hottest countries and also one of the richest, already cools its soccer stadiums and its outdoor malls.

The third, and worst, scenario is a world so destabilized by climate breakdown that it is plunged into global warfare.

This, too, already seems, to a certain extent, to be taking place. A significant body of research suggests that the Syrian civil war was caused, at least in part, by a drought that pushed more than a million people out of their villages. The war, which has claimed some four hundred thousand lives, has, in the course of nearly a decade of bloodshed, involved the U.S., Russia, Saudi Arabia, Iran, and Turkey. Future droughts in the Middle East are apt to be even more severe and prolonged, as are droughts in other volatile regions, like the Horn of Africa. It doesn’t seem that it would take too many more Syrian-scale conflicts to destabilize large swaths of the globe. At the very least, climate change “will endanger the stability of the international political order and the global trading networks upon which American prosperity rests,” Michael Klare, an expert on resource competition and a professor at Hampshire College, has written. “As conditions deteriorate, the United States could face an even more perilous outcome: conflict among the great powers themselves.”

Climate wars already exist and they're spreading. That's inevitable if only due to our broken hydrological cycle distorting fresh water access in already water-stressed regions. Factor in magnifiers such as overpopulation, drought, food insecurity and famine and you have a formula for wars of subsistence that, in an era of hegemonic transition and rivalry, can easily draw major powers into conflict.

Violations of subsistence rights (to the material resources we need to lead a minimally decent life) provide victims with a just cause for war, partly because severe mass poverty undermines collective interests in collective self-determination, but also on the deeper grounds that threats to one's life, of which starvation is one, warrant defensive killing. The claim holds not merely when the rights violations take the form of a wrongful action, but also (more controversially) when they take the form of a wrongful omission...  The right to wage a subsistence war is held not merely by states whose populations suffer unjustly from severe poverty and which are not themselves responsible for that predicament, but also (controversially) by responsible states as well as by victims themselves. The chapter ends with an account of the grounds upon which individual affluent members of affluent communities who are derelict in their duty to the very poor are legitimate targets in war. It argues that some of those members are not protected by the principle of non-combatant immunity.

My experience reporting on climate change, which now spans almost twenty years, has convinced me that the most extreme outcomes are, unfortunately, among the most likely. As the warnings have grown more dire and the consequences of warming more obvious, emissions have only increased that much faster. Until the coronavirus hit, they were tracking the highest of the so-called pathways studied by the Intergovernmental Panel on Climate Change. If this continues, the I.P.C.C. projects that, by the end of this century, global temperatures will have risen by almost eight degrees Fahrenheit.  Let’s just say that at that point no amount of outdoor air-conditioning will be sufficient.

A few years ago, I interviewed James Hansen for a video project that I was working on. Hansen retired from NASA in 2013, but he has continued to speak out about climate change—and to get arrested protesting projects like the Keystone XL pipeline. He was blunt about the world’s failure. When I asked him if he had a message for young people, he said, “The simple thing is I’m sorry we’re leaving such a fucking mess.”

As I wrote earlier we have to make a choice and one of the options is infinitely better than the others. Our current approach - ignoring the hard questions - is a choice and one we will regret.

I've come to believe that we are heading off the cliff, that James Lovelock was right. Mother Earth is going to have one hell of a tantrum and the human (not to mention non-human) population will plummet. At least three billion people will not be able to move to northern places fast enough and will succumb. Those northern places, such as Canada, will not be safe.

That awful summer of fire seen this year in California is coming to BC; it's only a matter of time. The lesson from California is that these fires are much stronger and thus more dangerous than what we are used to. Californians who thought they were far enough from forest to be safe lost homes as the fires jumped rooftop to rooftop.

Those of us who are trying to get greener will not succeed. Fires will take out the electrical grids regardless of source. Those who are off grid are mostly vulnerable to forest fires.

What scares me most is that everyone has his/her local agenda and the need to join the rest of the world is minimal at best. As you say in your other post, we are all tribal.

No matter how bad it gets, idiots like Jason Kenny will keep on peddling carbon. Does the word dystopia mean anything to our so-called leaders?


Leadership today, Toby, is short-sighted to the point of myopia. Policy is formulated according to electoral cycles which explains why it fails us. It's not structured for the benefit of country or our people but to suit the interests and needs of the political fray.

Put simply, we're being sold out. Tory, Liberal, NDP - they're working to their agenda, not ours.

Sold out to whom? Those rich fools who think they and their descendants can survive for 20,000 years in an underground bunker? Maybe they plan on colonizing Antarctica right under the ozone hole. Somebody doesn't get that there will be no safe place.

BTW, When things get really bad and food supply chains permanently broken some enterprising souls will be hunting and eating featherless bi-peds, what South Sea islanders used to call long pork. I don't think anyone is ready for this.

Long pig is a term I seem to recall being from the cannibal headhunters of Papua, New Guinea. It referred to Westerners for their lovely pink skin, just like a pig only longer. It was also responsible for the spread of Jacob Kreutzer disease which is what got the locals to stop eating their fellow humans.

Here on the island I think there'll be two groups: those who know how to hunt and fish and have the gear for such purposes and those who don't. I think there's still an ample stock of rockfish, salmon and cod plus prawns, crabs and loads of shellfish, especially clams, mussels and oysters. We also have an abundance of deer but they're pretty small. The elk are too hard to hunt. Ducks and geese, in-season, but the taste of ducks that eat eel grass is pretty horrid.