What If This Had Happened in February, How Many Lives Might Have Been Spared? 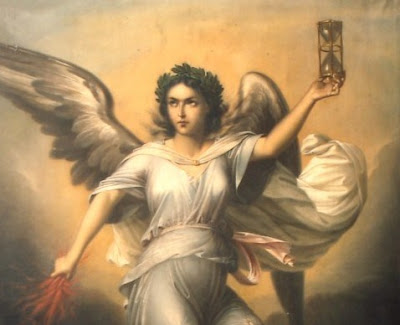 What if Donald Trump had contracted Covid-19 months ago at the outset of the pandemic? What if he got a hard case of the disease, akin to the "touch and go" bout experienced by Boris Johnson? How much better off might the American people have been? How many of the 200,000+ dead might have been spared?

I'm pleased that Donald Trump has contracted the virus. Better late than never. He might just be a useful object lesson to the mouth-breathing swill also known as Trump's "base." If the Master of the Universe isn't safe from Covid-19 who is?

There's a helpful piece in The Guardian, "Hicks, Hubris and Not a Lot of Masks," about how, over the past week, Trump and his entourage behaved with utter disregard for the public health rules his medical experts have urged all Americans to follow. Trump led with his chin and got knocked on his ass for it.

The ancient Greeks were on to something with their belief in Nemesis, the avenging goddess who exacts retribution on those who succumb to arrogance.

Nemesis has been a busy girl. She swung by Michigan last weekend where the Republican National Committee chairwoman, Ronna McDaniel, also came down with Covid-19. They're all riding into the sunset along the Herman Cain Trail. Via con Dios!

Never mind Nemesis. As someone said on the intertubes, RBG argued her first case before God, and won!

Looks like a WH party for ACB may have been a superspreader event. Sen. Mike Lee (R-UT) and Notre Dame president John Jenkins announced positive tests today. The donors at last night's $250,000 a plate Trump event at Bedminster Golf Club are in a right panic! Trump went ahead with it after hearing about Hope Hicks' positive test. Tots and pears to all.

"Tots and Pears" - that's worthy of copyright, Cap. Karma does seem busy these days. I had read about two WH receptions for ACB. Hannity is probably having his tongue professionally scraped and bleached even as we speak.

It does seem an auspicious moment to the cull the herd, doesn't it?