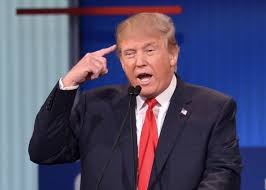 Well, this will have Donald J. Trump drooling into his pillow tonight. House Democrats have unveiled a draft bill to monitor a president's capacity and, if necessary, remove him/her from office.

The commission would be permanent, applying to future administrations, but it's a clear shot at President Trump, whose treatments for the coronavirus have raised questions about their effects on his mental acuity.

Speaker Nancy Pelosi (D-Calif.), a sharp critic of the president, has fueled those questions in the the days since Trump returned to the White House after three nights in the hospital, floating the idea that Trump's drug regimen — which includes a steroid linked to mood swings — might be affecting his decisionmaking.

"The president is, shall we say, in an altered state right now," the Speaker told Bloomberg News on Thursday.

The Democrats' legislation invokes the 25th Amendment, which empowers Congress to create "a body" which, working with the vice president, can remove a president deemed "unable to discharge the powers and duties of his office."

Mmmmm, there's a double bind. I wonder how Pence would choose.

I doubt we'll ever know, Toby.

In Trump's case, the problem is if he's acting nuts, how do you tell if it's the medication's fault?