Our Indifference is Killing the World 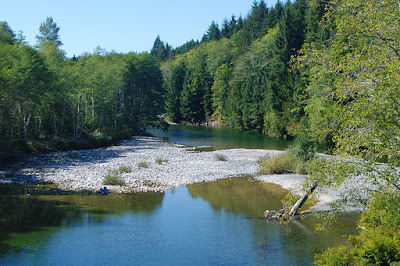 Will we, for that matter can we, turn this around in time? The editorial in the latest Lancet, Planetary Health, focuses on the collapsing populations of wildlife, killed off by humans' voracious appetite for ever more - land, resources, everything.

Global wildlife populations are in freefall. This is the conclusion of a recent WWF report. That might sound like dramatic language but how else should you describe a global situation in which animal populations (mammals, birds, fish, amphibians, and reptiles) have fallen on average by 68% since 1970? To bring this down to the personal, that means all but the youngest among us were born into a world much richer in natural life than the one we now inhabit, and if we don't change course that will be everybody's legacy. This report is one of the latest in a raft of work showing just how severely human activities are impacting life on earth. A common economic refrain is to argue that economic development initially degrades the environment, but then after a time further development begins to reduce degradation—an idea described by the environmental Kuznets curve. Extending this notion, it would be tempting to think that if we wait long enough, wealth creation will resolve most environmental problems. Unfortunately that downturn in environmental damages simply is not happening at any meaningful scale and, as a new UN report shows, the world has failed to meet a single one of the Aichi biodiversity targets that were intended to encourage reductions in biodiversity loss between 2010 and 2020.

Perhaps it is a symptom of increasingly urban lifestyles and a reduction in the proportion of people with a direct and tangible dependence on the natural world that more people are not personally outraged and worried by the decline of nature.

...Beyond a degree of personal insulation from nature, there is also a pervading narrative of progress; that things are changing for the better and that the benefits will gradually spread across the globe. In short, keep doing what we are doing, and all will be well. This narrative, as with the Kuznets curve, suits rich and powerful interests, which gain most from the status quo and have the most to lose from changing it. These examples are illustrative of a wider range of habits of living and thinking which tend to undervalue the importance of nature and separate the majority of people from experiencing ecological loss.
Fortunately, scientific evidence of ecological crisis is beginning to sway public opinion towards an understanding of how bad things are and therefore an openness to how things might need to change. With depressing predictability though the scientific consensus is not going unchallenged and extinction denialism is the latest in a litany of science denial agendas circulating on the internet and social media platforms. Intended to muddy the waters on what is known about, to name but a few, climate change, pandemic risk, vaccine safety, and now biodiversity decline, these agendas aim to win hearts and minds in favour of the status quo. It can seem tempting to discount these claims as ridiculous and ill-founded but they have the potential to be deeply damaging to the political progress needed to make meaningful changes, in this case against ecological loss.

How many of us connect with nature in any meaningful way and, no, a foray to Sobey's doesn't count. In metropolitan areas, where so many of us live, it's not always easy to access wilderness. In my area all you need is a 4X4 or enduro motorcycle and you can head up old logging and forestry roads or remnants of roads and, before long, you're in wilderness. I haven't done that in over a year. Age, I suppose. And sleeping on the ground isn't as much fun as it once was either. The difference between wilderness and something like a provincial or national park is whose territory it is. Where I liked to go the territory belongs to bears, cougars, wolves and all manner of plantlife and birds. A human is a stranger, an intruder which is why bear spray and maybe a rifle with a fast sight are a good idea.

Maybe our kids or our grandchildren will revive the connection between humans and the wild. Maybe "personal devices" will become boring, declasse, and it will become fashionable to again venture up those precarious roads into the mountains, to shake hands, albeit briefly, with nature.

. In my area all you need is a 4X4 or enduro motorcycle and you can head up old logging and forestry roads or remnants of roads and, before long, you're in wilderness. I haven't done that in over a year.

Fresh from the coalfields of the UK I landed in Prince George in 1974.
I immediately fell for the Canadian wilderness.
I embraced hunting with a gun all be it briefly and replaced it with a camera.
Here Mound we part ways.
Whilst walking and hiking on Vancouver Islands wonderful trials many of which have been made by energetic mountain bikers and hikers ,I cringe at the sound of a quad or trail bike.
These lazy modes of transportation are destructive to the natural environment, shit even the timber companies re forest!
I know many modern hunters who would not, could not, hunt without the ease of transport provided by mechanised movement!

I don't take the bike on trails, TB. The last few times I just rode along the forestry roads until I came to a stream bed with lots of exposed rocks (much like in the photo). This is after the heavy spring runoff. I would unload my tent, sleeping bag and cooking gear, sling the rifle over my shoulder and head some distance along the stream.

Since you're already up a road that's no longer traveled, you're starting in the wilderness. A few hundred yards, half a km. is enough to set up camp.

That's one of the things I'll miss about Mountain Equipment Co-op. They always had really great backpacking gear. I always filled my water bottle from the streams and I know I should have used disinfectant tabs but I never did. Besides used for cooking or a cup of instant coffee it would be boiled anyway.

I was never gone long, usually one overnight, rarely two, and then home. It was just the chance to be completely removed from civilization. That's a very effective restorative. MRE porridge and coffee for breakfast, usually some sausage and a bit of cheese for lunch, MRE stew and biscuits for dinner. Just add water and heat. Easy to pack in and even easier to pack out the foil envelopes.

From escape and evade training in the military I learned that a bed of cedar boughs makes for very comfortable sleeping. It keeps you off the damp. As for the camping regime I worked that out on my long-haul motorcycle trips. When you're on the road for six or seven weeks at a stretch you learn how to pack everything you need and leave everything you don't. A few changes of clothes, rain gear and boots, essential spare parts and tools, even an electric air pump, tent and sleeping bag, complete first aid kit, camera and lantern, cooking utensils and fire starter, freeze dried food for when you can't shop fresh, a folding seat, camera, meds, loads of sunscreen, sat-nav and a couple of books. If you pack right and have good hard cases and a couple of waterproof canoe bags, you also have plenty of room for small souvenirs. BTW, none of this was my idea. There are excellent web sites that offer checklists for essential cargo when motorcycle touring. It's like carrying your garage, kitchen, bedroom and livingroom on two wheels. Two or three practice runs and you learn what best goes where so you know where everything is when you need it. A little prep makes the trip much more enjoyable.

Thanks for the link, TB. That is as emblematic of Trump as it is disgusting. Maybe Dick Cheney should take him hunting.