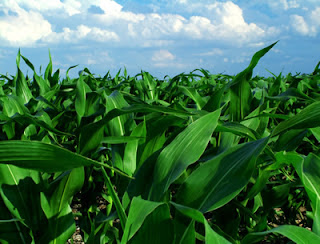 In a number of ways, that's happening right now in Africa. Along the west coast of Africa, European, Asian and other fishing fleets are emptying the seas. The Euros put the blame on corrupt African officials who oversell fishing quotas in their territorial waters - as though blame was going to relieve the people of this region of the abrupt end of their fish supply. This overfishing is now blamed for an exodus of migrants heading north from West Africa.

Another way we're screwing these people up is garden-variety, climate change. They put out about as little greenhouse gas as any people on the planet but they get the most severe impacts. This is especially true in sub-Saharan Africa, another centre of massive northern migration.

Global warming brings a brand new meaning to the old saw about how "it never rains but it pours." It never rains - until it pours. Few know the meaning of this better than the people of Zimbabwe. Already bearing the scourge of a maniacal tryrant, Robert Mugabe, and his ZANU-PF brigands, these folks have also endured a 6-year drought that crippled their agriculture. That drought ended this year.

The deluge arrived in December, the wettest month Zimbabwe has experienced in 127-years. At the end of the month the government declared a state of disaster and, in Zimbabwe, conditions have to get borderline apocalyptic to warrant a disaster declaration. From the UN Humanitarian Affairs Office:

"Farmers in flood-affected districts, who had planted early, trying to take advantage of the predicted good rains, have seen their crops drowned, along with hopes of a marketable surplus.

"We prayed for the rains but the rains have now caused us pain and suffering," said a despairing Esther Chiwodza, a communal farmer in the low-lying district of Chiredzi in Midlands Province.

She invested in seeds and fertiliser and planted early in October. "All the crops I spent my entire savings on have been washed away and there is no prospect of saving any crops, as the whole fields are waterlogged and the remaining crops will not survive the current rains."

Neighbours lost livestock and homes collapsed. "After the rainy season is over everyone in my village will become a candidate for food aid, and if the donor agencies do not come we will starve to death," said Chiwodza."

Not all regions of Zimbabwe have been as hard hit. Some of the best farmland in northern areas has, so far, escaped flooding. And, while the deluge may wipe out crops in the rest, the excessive rains are expected to eventually restore the parched earth for grazing.

The world's food supply is coming under unprecedented stresses and global warming is just one cause. Another is the diversion of grain stocks, particularly corn, from food into biofuel. According to the Financial Post, corn prices have shot up 44% over the past 15-months. That's an enormous hit for poorer nations with populations dependent on corn for sustenance, countries as nearby as Mexico.

And then there are the new gorillas joining the rest bouncing around the room - China and India. FP quotes Donald Coxe, global portfolio strategist at BMO Financial Group as warning of a global food catastrophe that's due to hit later this year:

"It's not a matter of if, but when," he warned investors. "It's going to hit this year hard."

Mr. Coxe said the sharp rise in raw food prices in the past year will intensify in the next few years amid increased demand for meat and dairy products from the growing middle classes of countries such as China and India as well as heavy demand from the biofuels industry.

"The greatest challenge to the world is not US$100 oil; it's getting enough food so that the new middle class can eat the way our middle class does, and that means we've got to expand food output dramatically," he said.

Let's get this straight. The "greatest challenge" to the world is to do whatever it takes to ensure that the emerging Chinese and Indian middle class can eat the way our middle class does?

Mr. Coxe said crop yields around the world need to increase to something close to what is achieved in the state of Illinois, which produces over 200 corn bushes an acre compared with an average 30 bushes an acre in the rest of the world.
"That will be done with more fertilizer, with genetically modified seeds, and with advanced machinery and technology," he said.

Sounds like a piece of cake. A few more bags of fertilizer, man-made seeds and some state of the art machinery and - bingo. Curious that Mr. Coxe hasn't factored in the spreading drought and deluge pattern or the rapid exhaustion of groundwater reserves worldwide in his calculations of ramping up production of one of the most water-intensive crops of all.
Posted by The Mound of Sound at 9:59 AM

Yeah right...while we just keep on having more and more children and no thoughts about sustainability. Even China sees the value of birth control.

I have some difficulty grasping the nexus you find between birth control and the plight of those inhabiting the relatively (of necessity) sparsely populated regions most affected by global warming. It's not overpopulation that's dooming sub-Saharan Africa but the steady reduction of their essential natural infrastructure.

Give your head a shake!! One of the major problems on earth right now is over population. It doesn't matter if where these people are living is sparsely populated...it's the other half that is causing their problems in the first place. The bigger the population becomes the worse global warming will become since no one is doing anything about it. The Roman Catholic church is one of the worse perpetrators of "go forth and spread they seed, God will proved." One of the biggest lies foisted upon us by a bunch of men.

No argument about the problem of overpopulation. It's just that your initial comment wasn't particularly clear. I don't know that the Roman Catholic church, for all its faults, can be blamed for the population problems in either India or China or, for that matter, anywhere else. Can you give some examples of RC overpopulation?

and the Philippines are two prime examples. Other brand religions also call for more and more babies....Mormons come to mind and so do the Muslims.

You're clearly aggrieved by the Catholic church and I'm hardly a defender of that institution but the facts just don't bear out what you claim. Of the world's 6.4 billion people, 3.9 billion come from predomiantly Hindu/atheist/Confuscist Indian/Chinese Asia. The Americas (both) come in at a mere 875-million, Africa about 10-million more again and Europe under 730-million. So I think your focus on Catholics, Mormons and Muslims - in the greater scheme of things - is misplaced. Besides, I'm not sure how widely Catholic dogma about reproduction is even accepted any longer among adherents.

The names I mentioned were examples.......!! And yes, they still push their dogma.