Shattering the Myth of Homo Economicus 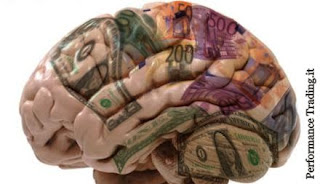 No college economics course would be complete without Homo Economicus. He's the the rational, self-maximizing and efficient human onto whose frame many economics principles are draped.

There's one problem - we're not him.

From the Los Angeles Times:

Surprisingly -- stunningly, in fact -- research shows that the majority of people select the first option; they would rather make twice as much as others even if that meant earning half as much as they could otherwise have. How irrational is that?

This result is one among thousands of experiments in behavioral economics, neuroeconomics and evolutionary economics conclusively demonstrating that we are every bit as irrational when it comes to money as we are in most other aspects of our lives. In this case, relative social ranking trumps absolute financial status. Here's a related thought experiment. Would you rather be A or B?

A is waiting in line at a movie theater. When he gets to the ticket window, he is told that as he is the 100,000th customer of the theater, he has just won $100.

B is waiting in line at a different theater. The man in front of him wins $1,000 for being the 1-millionth customer of the theater. Mr. B wins $150.

Amazingly, most people said that they would prefer to be A. In other words, they would rather forgo $50 in order to alleviate the feeling of regret that comes with not winning the thousand bucks. Essentially, they were willing to pay $50 for regret therapy."

We're entering an era when a lot of classical economic truisms developed in the 40s and 50s and learned by rote by generations of college kids ever since are being challenged and disproved. The most remarkable thing is that it's taken so many decades to begin noticing the obvious. Bringing economics theorems back into the realm of reality is a breakthrough that's long overdue.
Posted by The Mound of Sound at 12:26 PM

I think Dr. Micheal Shermer has done his bit to bring it back to reality, somewhat. check out the similarity between evolution and economics.