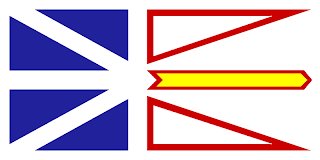 According to Newfoundland and Labrador premier Danny Williams, our Furious Leader, Stevie Harper, has disdain for Canada's smaller provinces. From Canadian Press:

"At one point during that meeting he said to me, 'I don't need Newfoundland and Labrador to win an election,' " Williams said Monday.
"I didn't respond to that at the time. I let it go in the interests of having a cordial meeting. I perceived it as an attempt to bait me into confrontation during that meeting and the bait was not taken."

A spokesman for the Prime Minister's Office denied the premier's accusation.

"If that's his attitude and he doesn't feel that Newfoundland and Labrador is significant because it only has seven seats, then provinces like Nova Scotia, New Brunswick and Prince Edward Island, the territories and others have to be very, very concerned if they don't fill his political appetite," he said.

Williams said he doesn't expect the people in the province will vote for the Conservatives in the next election.

"I think the people of Newfoundland and Labrador will clearly state to ... the Conservative Party of Canada that they're not going to electing any candidates," he said.

"I will be very strongly, strongly advocating that, that there be no Conservative candidates elected in this province."

I guess Williams' reaction is understandable. After all when a PMO staffer calls a premier a liar that can get under a guy's skin, eh?
Posted by The Mound of Sound at 11:26 AM