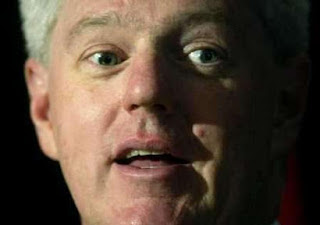 John Manley's Afghanistan report reminds me of a boat with dry rot - it's leaking all over the place. And, if these leaks are to be believed, Manley's decidedly "blue" ribbon panel on the future of Canada's mission to Afghanistan is going to recommend that we "stay the course", perhaps until 2011.

I'm not going to comment on what the report is "expected" by this source or that to recommend. There'll be plenty of time for that after the it's released and we actually see what's in it.

But the hull isn't the only problem. There's also the engine - that's NATO - that stutters and burps, it's fouled plugs firing on just a few of its multi-cylinders. It's weak, faltering and unreliable. It is barely able to keep the bow into the wind but doesn't have enough power to make much headway.

If you've never been in a bad storm at sea, I have. There are times when all that stands between you and the bottom are a solid hull and a strong engine. Neither one will save you, it takes both.

Right now Afghanistan is a stormy sea that could get a lot worse in a very short time. I'll be waiting to see how Manley suggests we patch the rot in the hull and get the engine firing on all cylinders again. I'm not optimistic that he'll do both or either. If the leaks are right, he'll want to throw on a fresh coat of paint and keep steering the same course.
Posted by The Mound of Sound at 9:04 AM

If NATO is the engine then it is busted and it is on fire. There is not much Manley can do. Let Afghanistan fix its own ship and discover its own engine then there may be an end to this. Bushy and Harpy cannot impose there own brand of ideologies on other nations. Bushy approach is the biggerst threat to world peace.

I don't think there is much Manley can do except, perhaps, to come right out and admit that. 2011, 2015, 2020 - does it really make any difference to the result in Afghanistan? There's been talk about Zalmay Khalizad running for president in the next election.
Someone has to be able to clean up Kabul if there's ever to be any hope of recovering the countryside. Karzai has been a disaster, better at PR than anything else. NATO has been treating command of ISAF like goodie bags handed out at a birthday party. The Brits get to run things for a while, then the Americans do things their way, then Canada and then the Dutch. "My turn, my turn." What a joke.