Sniping at the US Tax Code 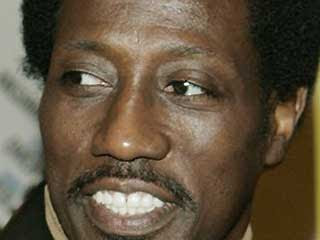 Talk about looking for trouble. American actor Wesley Snipes goes on trial this week for tax evasion. From 1999 to 2004 Snipes earned $38-million for making a half dozen movies. Out of that bundle he paid zero in taxes. Why? Because, as Snipes plans to argue this week, the US tax code doesn't actually require people to pay income tax. From the New York Times:

Mr. Snipes, who is scheduled to go on trial Monday in Ocala, Fla., has become an unlikely public face for the antitax movement, whose members maintain that Americans are not obligated to pay income taxes and that the government extracts taxes from its citizens illegally.

Tax deniers maintain that the law only appears to require payment of taxes. All their theories have been rejected by the courts, including the one invoked by Mr. Snipes, which is known as the 861 position, after a section of the federal tax code.
Adherents say a regulation applying the 861 provision does not list wages as taxable, though it does say that “compensation for services” is taxable. The courts have uniformly rejected all such theories, and eight people have been sentenced to prison after not paying taxes based on the 861 argument.

Despite the court rulings, juries have acquitted some prominent tax resisters in recent years, and failed prosecutions have encouraged others to join. Even when the government has failed to obtain convictions, it succeeded in collecting the taxes through civil enforcement.

Snipes won't be standing alone at trial. In the prisoner's dock with him will be the two guys who told Snipes he didn't have to pay:

One is Douglas Rosile, who was stripped of his accounting license in 1997. The other is Eddie Kahn, who has served prison time for tax crimes. Both are under federal court order to stop promoting tax evasion, including the 861 position.

Mr. Snipes, 45, is charged with two felonies: conspiracy to defraud the government and filing a false claim for a $7 million refund (a claim for the year 1997, before he stopped paying taxes). He is also charged with failing to file tax returns for the six years starting in 1999. Prosecutors say they intend to show that Mr. Snipes moved tens of millions of untaxed dollars offshore and gave the government three worthless checks totaling $14 million to cover some taxes.

Some experts say the bad cheques aspect pretty much blows his "mistaken but honest belief" argument right out of the water.
Posted by The Mound of Sound at 8:01 AM