Now Isn't That Quaint - MLK And REL In the Same Spotlight 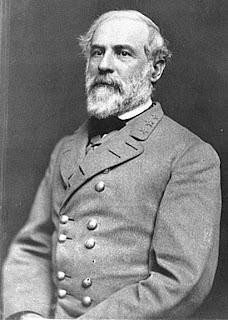 Is it just me or does anyone else see anything a bit contradictory, even offensive, in this?

It's Martin Luther King day in the US. Yeah! In Alabama, Mississippi and Arkansas, however, it's also Robert E. Lee day. Yeah? Huh?

King's birthday was January 15, Lee's fell on January 19. In Arkansas state employees were given the choice of holiday - Lee's birthday, King's birthday or, the ever popular, their own birthday. Finally it was decided to toss King in with Lee and celebrate them both on January 19.
Posted by The Mound of Sound at 10:12 AM

What an insult to Martin Luther King. Who would celebrate a former slaveholder like Robert Lee?