Militants Biting the Hand that Fed Them 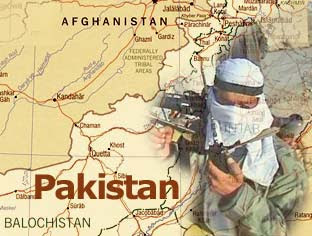 Many of the violent events of the past several decades have come in the form of "blowback." It's a term that describes the potentially deadly plume of flame that blasts out of the backend when a shoulder-mounted rocket is fired. If you're not careful, your own weapon can inadvertently kill you.

The al-Qaeda movement is blowback. The progeny of the United States and Pakistan's Inter-Service Intelligence agency, al-Qaeda was trained, equipped and funded to help drive the Soviet forces out of Afghanistan. Afterward al-Qaeda turned on its American benefactors and ever since then Rudy Guiliani has had 9/11 Tourette Syndrome.

Outfits like this are risky but that hasn't stopped Pakistan's ISI from continuing to play the game, especially using the militants to block Afghani collaboration with India.

Now even the Pakistanis are reeling from blowback. From the New York Times:

"Pakistan’s premier military intelligence agency has lost control of some of the networks of Pakistani militants it has nurtured since the 1980s, and is now suffering the violent blowback of that policy, two former senior intelligence officials and other officials close to the agency say.

As the military has moved against them, the militants have turned on their former handlers, the officials said. Joining with other extremist groups, they have battled Pakistani security forces and helped militants carry out a record number of suicide attacks last year, including some aimed directly at army and intelligence units as well as prominent political figures, possibly even Benazir Bhutto."

Does this mean that Pakistan, its military and the ISI are finally going to turn on the militants? Maybe but I suspect they're as likely to wind up with some form of fresh accommodation involving the tribal lands adjacent to Afghanistan. The ISI has practised duplicity on a level that would make Machiavelli jealous and it's difficult to imagine that agency going "straight" anytime soon.
Posted by The Mound of Sound at 10:23 AM