It's Hard Work - and Drafty Too 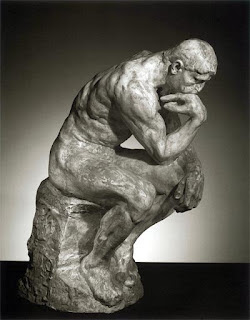 Yesterday an elite group of Italy's labour force held a protest and to make their point they kept their clothes on.

Italy's 300 or so nude, artist models have gone on strike. The complain that only one in six has a proper contract, the rest being hired by the hour at roughly 25 euros per. From The Guardian:

Antonella Migliorini, 42, told Italy's La Stampa newspaper: "Our work is not recognised. We pose for eight hours a day and still the colleges treat us like teaching tools.
"We do a difficult job, with a great tradition resting on our shoulders, which requires both imagination and great physical concentration."

She added that being a life model was a "tough, cold job" and that most models who were lucky enough to have a full-time job only made around €900 a month.

An official from the Italian education ministry has agreed to meet with the models.
Posted by The Mound of Sound at 9:59 AM