NATO Not Good Enough for Afghanistan - US Defence Secretary 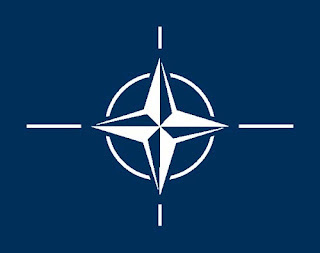 According to US Defence Secretary Robert Gates, NATO troops don't cut it when it comes to fighting insurgents in Afghanistan. From The Guardian:

Gates told the Los Angeles Times: "I'm worried we're deploying [military advisers] that are not properly trained and I'm worried we have some military forces that don't know how to do counterinsurgency operations."

He added: "Most of the European forces, Nato forces, are not trained in counterinsurgency; they were trained for the Fulda Gap," a reference to the German region where a Soviet land invasion of western Europe was regarded as most likely.

Gates' remarks caught NATO secretary general Scheffer flat footed as usual. "I'm surprised because I have no indication - and neither has the military chain of command - that any country or countries are not exercising their tasks to the highest levels."

"However, Gates' remarks reflect increasing tension and frustration within Nato about how to cope with the Taliban insurgency.
Whatever the concerns expressed by Gates, British military commanders have themselves accused the US of heavy-handed tactics, including aerial bombing - which frequently leads to civilian casualties - and have suggested that is the result of America's lack of experience in counter-insurgency warfare.

In turn, US commanders in Afghanistan have recently criticised British plans to support local militia and civil defence forces in the south of the country.

"One way forward is to increase our support for community defence initiatives, where local volunteers are recruited to defend homes and families modelled on traditional Afghan arbakai [village militias]," Gordon Brown told the Commons last month.

Gen Dan McNeill, commander of Nato forces in Afghanistan, warned that the plan could fuel insurgency."

One thing is clear, if sanctimonious hypocrisy could defeat the Taliban, Rumsfeld and Gates would have had Afghanistan wrapped up years ago.
UPDATE:
Gates might have tried to save his backside by backpeddalling but the Dutch aren't buying it. The Sydney Morning Herald reports that the US ambassador to the Netherlands has been hauled onto the carpet to answer for the defence secretary's remarks:
"We do not recognise ourselves in the image conjured" by Gates, Dutch Defence Secretary Eimert van Middelkoop told reporters.
He argued that Dutch troops had acted with experience and professionalism.
At present, nearly 1,665 Dutch soldiers are deployed in Uruzgan in southern Afghanistan as part of the NATO-led International Security Assistance Force (ISAF)."
Posted by The Mound of Sound at 10:59 AM

On Saturday you wrote a post entitled, "NATO - Good for What?" in which you argue that NATO isn't doing the job.

Today, without any link, you are enraged that an American agrees with you.

Please clarify because I'm sure the seeming hypocrisy is simply my interpretation.

Oh Lance, you're so much more than just confused. Do you really need a link to find The Guardian? I'll assume that's too much for you so try going here:
http://www.guardian.co.uk/worldlatest/

Now, since you brought up the previous post, why don't you go back and actually read the story. Then, like they said in high school "compare and contrast."

Gates slights NATO's competence at counter-insurgency. I argue in the earlier post that NATO ought not to be America's "Foeign Legion".

Gee Lance, what happened? You've gone. I was expecting some witty retort or at least some sort of rude slagging. Oh, I get it. Anyone reading this can read this post and the one you referenced and reach their own conclusions about me - and you.