The End of the World As We've Known It 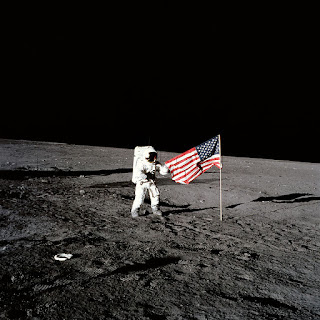 These are fascinating times and we just may be witnessing a geopolitical power shift of seismic proportions; the decline of the West and the ascendancy of the East. The vehicle for this could be the looming recession.

There's an excellent analysis of how empires rise and fall in a book I reviewed earlier, "American Theocracy, The Peril and Politics of Radical Religion, Oil and Borrowed Money in the 21st Century." It's author, a prominent Republican named Kevin Phillips, examined the consistent patterns found in the rise and fall of previous dominant states including the Dutch, the Spanish and the British empires and applied those patterns to his own country to conclude that America was approaching the end of its glory days.

One of Phillips' key observations was how mighty nations fell into decline when they abandoned their own manufacturing base in favour of offshore production, thus using their wealth to grow another nation's economy. Sound familiar? Accompanying this phenomenon, Phillips identified the shift from a production-based economy into a financialized economy (see "The Bubble Up Economy - Part Deux" posted here yesterday).

This transition is also discussed by Fareed Zakaria in his latest article in Newsweek entitled "The World Bails Us Out" in which he observes, "The United States is in the beginning of a period of relative decline. This is not defeatism, it's math."

"As the American economy slows down, there are no indications that other countries are tumbling. In particular, the fastest-growing big economies in the world - China, India, Brazil—appear set to continue with their robust growth. While a sharp American downturn will surely slow them down somewhat, those emerging markets will all continue to expand—to buy, sell and trade—and this will help the United States.

The quarterly results of many large American multinationals (other than banks) show how. Their profits are growing extremely slowly in the United States—at best a few percent—but are surging by 15 or 20 percent abroad. Adding all these companies together, we can see why America's trade deficit—which ballooned for decades—has begun shrinking dramatically, by $100 billion over the past year. This trend will accelerate as the U.S. dollar's decline continues to make American exports more affordable across the world.

The past few years have been very good to the world's energy-rich lands—Kuwait, the United Arab Emirates, Saudi Arabia, Norway. Add to the list China and Singapore; they may not be big oil exporters, but they still have huge surpluses. These vast savings have to go somewhere, and sovereign wealth funds—the investment arms of these nations—have provided infusions of cash to otherwise desperate American financial firms. Imagine what the U.S. economy would look like without these investments. Many of its most illustrious banks and financial companies would have gone bankrupt, triggering cascades of gloom and doom across America.

These trends represent a large, ongoing shift in the global economic order. Power is moving away from the traditional centers of the global economy—the Western nations—to the emerging markets. To put it more bluntly: the United States is in the beginning of a period of relative decline. It may not be steep or dramatic, but the fact that it's happening is clear. Even if one assumes a slowdown, the other big economies will still grow at two and three times the pace of the West.

All this means that the political and economic clout of the West—and centrally of the United States—is waning. You can see this reality in the discussions at Davos, where Indian businessmen, Russian officials, Saudi investment advisers and Chinese academics are moving to center stage.

On the American campaign trail, the candidates talk about a world utterly unrelated to the one that is actually being created on the ground. The Republicans promise to wage war against Islamic extremists and modernize the Middle East. The Democrats deplore the ills of globalization and free trade, and urge tougher measures against China. Meanwhile Middle Eastern fund managers and Asian consumers are quietly keeping the U.S. economy afloat.
Posted by The Mound of Sound at 11:26 AM