Election Time - Bring On the Degenerates 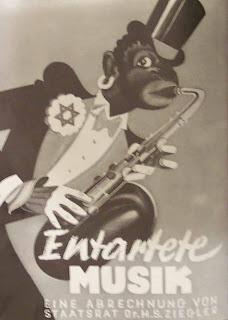 The far-right, for all its supposed puritanical Christianity, doesn't hesitate to embrace degenerates. In fact, it's the natural home of deviants, offering them a banquet of their favourite foods - fear, bigotry, hatred and greed.

John McCain was attacked by these types in his presidential bid in 2000. George w. Bush sat by and allowed it to happen. Now this same bunch is attacking Barack Obama and, this time, it's the man of self-proclaimed lofty principles, McCain himself, who is sitting by and allowing it to happen.

McClatchey news service has an article today describing how Obama's campaign is spending a bundle on radio and television ads in Kentucky stressing that the Democratic nominee is a Christian. Why? Because the deviants, perverts and degenerates of the far right have been effectively spinning the story that Obama is a Muslim and, as such, a threat to America.

John McCain won't say it but these supporters seek nothing less than to undermine democracy to skew the vote by using blatant lies to exploit the fears and bigotry of vulnerable voters. It's completely anti-democratic. This is the stuff of tyrants and dictators. Perhaps that's more than sheer coincidence.

We have our share of these vermin in Canada also. I'm not saying we have anything like the American situation but still we have more than enough of these types. And it's certainly nothing new.

I can remember Pierre Trudeau's first election as prime minister. It was the first time I was eligible to vote. Back then there was no internet as a vehicle for spreading lies but they made up for it with leaflets that were quietly circulated claiming Trudeau was a draft-dodging, french-speaking, Catholic, communist sympathizing, homosexual. If you were bigoted about anything, they hit on it. I was surprised at the time to see intelligent, well-off people circulating this trash - and they did.

It was no fluke that Preston Manning's Reform Party turned into the destination of choice for bigots of all varieties. When they exposed themselves by making racist remarks, Manning had to punt them to a safe distance. Stephen Harper, aided by the collusion of Peter MacKay, brought that segment of the far-right into the Conservative Party.

How will they manifest their powers in the next federal election? I don't know but, given Harper's giddy delight in Rovian tactics, I'm sure we won't have long to wait to see them in action. Sad, really.
Posted by The Mound of Sound at 11:31 AM

"Because the deviants, perverts and degenerates of the far right'

How about the "deviants, perverts and degenerates of the far left" living in Toronto?

Do they get a free pass?

What do you have to say about Harper telling Canadians that Dion is even farther left than good old Pierre Elliot Trudea?

Well, anon, if you are who I suspect you are, you're a classic example of the types mentioned in this post.

Let me tell you this. Bigotry, in any form, is pretty thoroughly rejected by the left. We see it for what it is and find it rank and disgusting.

"A bigot is a person who is intolerant of opinions, lifestyles, or identities differing from his or her own"

Well looking at that definiton, every single left wing Canadian is a bigot seeing how they trash every single "opinions, lifestyles, or identities" that Conservatives cherish.

I don't get it. How can you say that the left rejects bigotry when leftists bash Conservatives and even Americans for their way of life.

So maybe you can explain how the left cannot be considered "bigots" when they trash everyone who differs from that ideology.

Maybe you can explain it.

I suspect this is much too nuanced for you to grasp but repudiating intolerance and denouncing bigotry isn't bigoted. There's no blatant hypocrisy in that unless you choose to delude yourself otherwise. Criticizing, even ridiculing, indefensible opinions isn't wrong, even if they are cherished by Conservatives. From your previous remarks about muslims in Toronto it appears you're far too steeped in bigotry to have anything useful to contribute to this discussion.