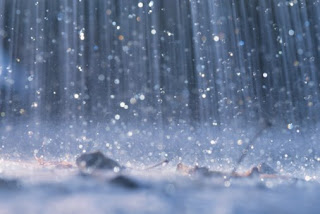 Have you ever wondered why the weather so often turns lousy just in time for the weekend? It's a great annoyance to the Monday to Friday crowd who see blue skies while they're on the job and rain clouds when they're not.
Here in the south coastal area of British Columbia, last summer seemed to be a steady pattern of rainy weekends. It was more than just noticeable.
Spanish researchers claim to have found evidence that, in some parts of Europe at least, the weather really does follow a weekly pattern which they claim may be man-made. The team studied Spanish data from 1961 to 2004. Their analysis suggests that weekday work activity generates far more air pollution that drops sharply on weekends. This, in turn, causes changes in air circulation that result in rainier weekends. Or at least that's the theory.
Out here we know a thing or three about rain. We get to study it steadily from November to May, year in and year out. We know there are a lot of sources of rain. El Nino, La Nina, and the Pineapple Express come to mind. Still, an urban link to weekly precipitation patters would be pretty interesting.
Posted by The Mound of Sound at 8:25 AM