Obama Puts the Boots to McCain, Next Up - Gustav 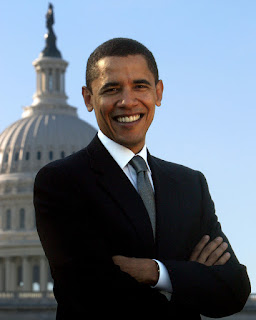 How jittery are the Republicans? Ask Gustav. As the latest tropical storm/hurricane tracks steadily toward New Orleans, GOP leaders are seriously considering whether to postpone their presidential nomination convention.

With a nominee who'd like nothing better than to try on Bush's skivvies, a Gustav/Katrina confluence has senior Repugs soiling their own. Damn but it looks good on them.

New Orleans was three years ago - and remains - a disgrace for the Republican Party. They dodged many a bullet but the flooded districts of the Big Easy stuck, and they know it.

Meanwhile, I listened to a speech tonight that was pure Roosevelt, straight Kennedy. Barack Obama's acceptance speech was seismic. It really was. It was, at once calm and energizing, full of promise, not fear. I'm not sure that John McCain might have preferred a Category 5 hit on Bourbon Street to the hurricane lashing he got from Obama.

For those who weren't sure if Obama could actually battle McCain, tonight showed the gloves are very much off and that Obama isn't just willing, he's perfectly ready and willing to do just that.

McCain's biggest problem isn't Barack Obama. It's John McCain, closely followed in second place by George w. Bush. I remember a drill instructor who turned to a somewhat awkward squadron mate and threatened to "rip your arm off and beat you to death with it." That arm, of course, is everything, every lofty principle, that McCain made people believe he stood for in 2000. McCain's video legacy is like Kryptonite to Superman, except that it's entirely of his own making.

Obama also stuck a harpoon in McCain's side tonight when he announced that temperment is as important as experience in a Commander in Chief. There's another 20-lashes with a briney Cat for the Old Cold Warrior.

Yeah, from what I watched, I do believe that McCain would rather see New Orelans washed out to sea than take the thrashing he got tonight.
Posted by The Mound of Sound at 8:24 PM