The Taliban's Brutal Tactics are Working 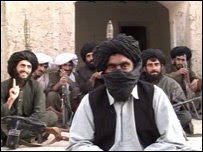 This week's murder of three international aid workers by the Taliban outside Kabul may make some wonder why the insurgents would resort to such grisly tactics? Surely killing innocents will alienate the Afghan public, right? This should all be a fatal error in the guerrilla's struggle for the "hearts and minds" of Afghanis.

Would that were so but it's not. These murderous attacks actually accomplish a lot for the insurgents. They make the locals fearful - and hence, respectful even complaint - of the Taliban. But that's not the real objective. The main prize is to break down public confidence and respect for the government side, the side that's pledged to protect the people.

The switch by Taliban insurgents to spectacular attacks, including the daylight murders of international aid workers that left two Canadians among the dead, has shattered Afghans' confidence in the international community and the Afghan government's ability to provide basic security, says a top Canadian adviser to President Hamid Karzai.

"It's a pretty bad year – not only for aid workers – it's a bad year for Afghan national police, international military forces, Afghan national army and tragically, Afghan civilians," said Capstick.

Capstick, who led the first Canadian strategic advisory team to Karzai's government in 2005-06, said "strategically, in the rest of the country" the picture is troubling as insurgents move "towards a tactic of doing the spectacular attacks."

Citing an attempted assassination of Karzai in April at a military parade, the Kandahar prison break in June, the July bombing of the Indian embassy in Kabul that killed more than 50 people, and a rash of "attacks on internationals like this," Capstick said the Taliban tactics are "working."

Assaults on unarmed humanitarian workers, on food aid convoys, and bombings that slaughter Afghan civilians have not triggered a backlash against the insurgents as might be expected.

Instead, he said, "it's causing people to become more fearful and for them to lose confidence."
"The Afghan people have lost any confidence that they had in the international community's and the Afghan government's ability to provide basic security."

Almas Bawar Zakhilwal, director in Canada for the Senlis Council think-tank, also sees conditions worsening. "The insurgency was confined to the south before, now we see it in the east and all around Kabul ... It looks like they're closing their circle on Kabul."
The only thing surprising in any of this is that anyone should find this even slightly surprising. This is Guerrilla Warfare 101. These are tactics that have been proven over centuries from Africa to Asia, Central and South America to Europe.
The only way to win the hearts and minds of the public is to give them 24/7 security from the insurgents and that takes huge numbers of troops. Time is not on our side. Time is entirely on the side of the bad guys. We've already had seven years of wasted, screwing around, and we've been steadily losing ground year by year.
America's General Petraeus himself has said the cardinal rule of counter-insurgency is "Go big or go home." Well we certainly haven't gone big, have we? In fact, we're wallowing so far behind the power curve that the other side is steadily nearing a critical mass where they'll become unstoppable. Can't believe that can happen? Suit yourself.
Posted by The Mound of Sound at 8:52 AM

Anon, or should I call you Johnathon, your stupidity is breathtaking. The Taliban are winning because of people like me? Pardon me, that statement is beyond stupid. Canada has lost "hundreds of thousands of people in war zones." Remind me, just what war zones were those where we lost hundreds of thousands? There, you've compounded your stupidity with gross ignorance. That you conclude with a cheap, baseless insult is the Trifecta - and that's why your pathetic post has been removed.

Maybe its time for our gutless Euro NATO allies to actually load their guns and take them out from under their beds and go out and kill these Taliban clowns.
The only way to win the peace is to create a dead enemy . . . no one ever talked an enemy to death, maybe you could, but war is a nasty business.
The Taliban folks are on a mission from their ggod . . . perhaps arranging for them to meet up would be the best solution.

Gee OldStool, why don't you get your sorry backside down to the recruiting office and sign up? Then you could work your way up from officer school to staff college and then save the world with your brilliant ideas. You clowns are astonishing - so much talk, so little understanding, so few legitimate ideas. Back under your rock pal.

MOS: I listened to a CBC radio interview with Flora McDonald, and she indicated that she believes the recent killings were not perpetrated by the Taliban, but rather foreign fighters operating under the Taliban vanguard. She said this because the Taliban regular soldiers are unlikely to indiscriminately murder aid workers, but certainly there is some foreign element, perhaps al-Qaeda or something else, that is fuelling this rather foreign concept of murdering people.

Did Flora give any basis for her belief or was she going on a hunch? I have no difficulty believing the Taliban would do this, none at all. Like their Islamist brethren, former Northern Alliance warlords, they have an enormous capacity for cruelty and barbarism. We like to attribute these atrocities to al Qaeda because that serves a variety of interests. Certainly the foreign fighters seem to gravitate to the terrorist body rather than the insurgency. At the end of the day could it just be a distinction without any real difference?

Flora's basis was her many visits to the country, including one in the Spring in which she was stopped by the Taliban. Nobody was shot, but their belongings were all confiscated.

At any rate, I imagine there's every reason to believe the Taliban are capable of doing it, but the fact is that foreign fighters are influencing the process here as well, just like they did in Iraq.

We can rationalize, argue, try to cajole, show our good intentions, fight, bomb the hell out of a country, try to build schools, provide food, try to convince people to our way of thinking but it will go nowhere. War is a money making machine from our side. From their side...Afghanistan....they are fighting to keep their religious freedom...so called...what they believe to be their culture and will die for it come what may. It is futile to think we can win. Instead, why aren't do gooders do gooding in our own country. Until we have better living standards, healthcare, education in our own country, then and only then do we provide an example. We do not win through force, we win through example. Canadians like to talk about what is happening elsewhere except what is going on on their own door step. It's a great way to avoid. Canadians have the power to shut the country down for a week in protest as to what is happening in Afghanistan....why aren't we? A. Morris