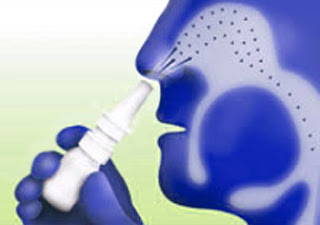 Got a little too much of that "tough guy" thing going on? No problem, spray some of this up your nose.

There's now a nasal spray said to make men more "in tune" with others' feelings. From BBC News:

[German and British researchers] found that inhaling the "cuddle hormone" oxytocin made men just as empathetic as women.

The study in 48 volunteers also showed that the spray boosted the ability to learn from positive feedback.

...In the first part of the study, half the men received a nose spray containing oxytocin and half were given a dummy spray.

They were then shown photos of emotionally charged situations including a crying child, a girl hugging her cat, and a grieving man, and were asked questions about the depth of feeling they had towards the subjects.

Those who had the hormone spray had markedly higher levels of empathy - of a similar magnitude to those only usually seen in women who are naturally more sensitive to the feelings of others.

So stick that up yer nose - ya big sissy.
Posted by The Mound of Sound at 9:17 AM

I suggest we Canadian tax payers send a container to each and every politican in Canada...lol!!