Journalistic Privilege Is Not the Problem 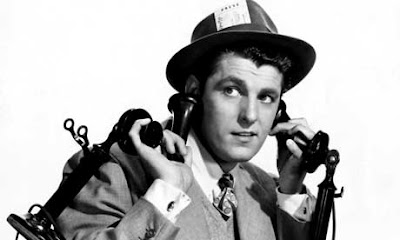 It seems that some Canadian journalists feel that their imaginary "special place" in the Magna Carta has been taken from them by the recent decision of the Supreme Court of Canada on protection of sources. The Court said there is no blanket immunity and each case has to be weighed on its own merits.

Press freedoms are a poorly understood and rarely visited subject. For that matter, journos usually have a weak and flawed grasp of the law. Trust me, I've seen this from both sides.

All democracies need a "free press" but those essential freedoms extend far beyond the strict confines of law. Understand that press freedom is also powerfully constrained by corporatism and by concentration of ownership coupled with cross-ownership.

It could be said that Canada no longer has media chains or networks but, instead, multi-media cartels. Even now it's taking lawyers years to butcher the ungainly corpse of CanWest which is ultimately making its way to the tables of other giant media players. Call it corporate cannibalism if you like.

What's wrong with this? At the end of the day there'll be a handful of people who will decide just what you are told about what happened. Their views, their interests, their biases will inform your mind about the world around you. And, as they become increasingly corporatized, their views, interests and biases are becoming synchronous. True press freedom depends on diversity of opinion and that's being choked out.

This uniformity of message in the hands of a media cartel also becomes corruptive of the relationship between journalism and politics. It is, after all, the politicians who regulate many aspects of the media, particularly radio and television broadcasting and copyright. Those policy powers directly impact the bottom line of the media cartel. That gives rise to a community of interest between the corporate media and the politicians they're not supposed to serve. It creates the basis for a quid pro quo, a "you scratch my back and I'll scratch yours" symbiosis. In this way the MSM can morph from the "watchdog of government" into government's lap dog.

Never forget that we live in the age of Asper, the age of Rupert Murdoch. The era of Thompson is but an artifact, a fond memory of a better day. David Frum famously remarked that the Republicans thought FOX News worked for them only to later discover it was they who worked for FOX. What he's admitting there is the marriage of political and journalistic power and the ultimate corruption of both.

I suspect political favouritism in the recent decision of the CRTC accepting the right of Canadian broadcasters to extract fees from cable companies for distributing their programming. In other words, if you happen to watch CTV's advertisers via a home antenna it's free of charge but if you receive those ads via cable, CTV is entitled to add a cost that will ultimately work its way into your cable bill. The logic is utterly fallacious and indefensible. It is, however, entirely consistent with a government regulator exercising favouritism to a powerful and potentially useful messenger.

The Ignatieff Liberals seem to be floundering about in search of policies. Here's one they can run with. Promise to break up the media cartel by introducing strict controls on concentration of ownership and cross-ownership. Force the cartel to divest itself of newspapers, radio stations and television stations anywhere that diversity of opinion is suppressed which, in Canada, pretty much includes every population centre.

Somehow I don't think the IgLibs are up to a challenge such as taking on the media. Perhaps they're quite content with the status quo. After all, sooner or later Harper will die and they might then have a chance at power themselves in which case a compliant, helpful media might be quite handy.
Posted by The Mound of Sound at 7:37 AM

Great reflections. In Atlantic Canada Irving Oil rules. In New Brunswick they own every paper, dailies, weeklies, local and provincial.

Silly government here thinks they are in charge.

We had/have the same problem on this coast where CanWest had the newspaper world tightly stitched up owning all three major dailies (2-Vancouver, 1-Victoria) and almost every community paper to boot.