And The Leaks Just Keep On Coming 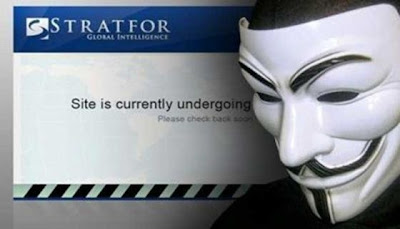 Wikileaks rocks - at least if you're part of the US intelligence community.  They've just released a dump of e-mails from American security outfit, Stratfor, sometimes described as the "shadow CIA."   Julian Assange calls the company a "private intelligence Enron."

Among the zingers is the revelation that Osama bin Laden was in "routine" contact with top officials of Pakistan's military intelligence service while he was hiding in their country.

Stratfor, "...was shown the information papers collected from bin Laden's Abbottabad compound after the US special forces attack last May that resulted in his death. The email, from a Stratfor analyst, suggested up to 12 officials in Pakistan's Inter-Services Intelligence (ISI) agency knew of the al-Qaeda leader's safe house.

"The internal email did not name the Pakistani officials involved but said the US could use the information as a bargaining chip in negotiations with Islamabad after the raid."

In other words the most powerful agency in Pakistan knew where America's all-time most wanted was hiding and, for years, gave him refuge.   Documents taken from bin Laden's compound confirm what the Americans suspected all along.  It's quite likely the Americans also had other sources of corroboration.


All of us who have participated in Washington's Afghanistan follies now know that this same Pakistan intelligence service is still aiding and abetting the Taliban insurgency that seems a sure bet to shoot its way to power once we finally come to our senses and get the hell out of there in 2014.

"Afghans hate us, and we don't trust them. We have never felt safe around them," said a U.S. military officer who works on Afghanistan policy, who spoke on the condition of anonymity due to the sensitivity of the issue.


So far this year, Afghan troops have killed at least 10 U.S. service members who were training them, including the four last week. Two weeks ago, Army Gen. Martin Dempsey, the chairman of the Joint Chiefs of Staff, said Afghan troops had killed 70 American service members in 46 incidents since 2007; half of those had occurred since May 2009.

The majority of those attacks were by Afghans who were frustrated with their trainers, not Taliban insurgents infiltrating bases, according to military officials. By comparison, over nearly nine years in Iraq, where the U.S. military presence was greater, Iraqi forces killed about half a dozen American troops who were training them, the Pentagon said.


Read more here: http://www.mcclatchydc.com/2012/02/27/140148/violence-suggests-afghans-hate.html#storylink=cpy
We know desertions have spiked in the Afghan army and security services as our departure nears.   We know the insurgents have effectively infiltrated the Afghan army, security services and government.   We know from recent killings of American personnel that our people aren't safe when we're training their people or even when we're in their facilities so we've even pulled back there.  What is there left for us but to leave and, having reached this point, what conceivable purpose is there to delay our departure?

We have but one reason for remaining in Afghanistan.  That's to postpone the day on which our political and military leadership will have to own up to their pathetic failures and incompetence.   That's the day on which they're going to have to explain why they squandered invaluable lives to accomplish absolutely nothing, why they kept this farce going long after our initial commitment expired, why they handed Canada our first real defeat in war.   Why?  What was it all for?

Well, one of our legacies will be getting the opium to keep flowing.

True enough. Taliban 1.0 suppressed the production of opium. Taliban 2.0 appears to have developed an appreciation of what opium revenues can do to aid their cause.